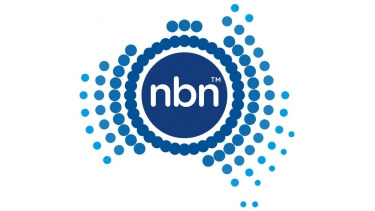 NBN Co, the company building Australia’s National Broadband Network, lifted total revenue by 39% to $1.81 billion for the six months to the end of December 2019, with company chief Stephen Rue declaring the result “outstanding during a crucial time of the build”.

The upbeat assessment and revenue increase followed what NBN Co said was “strong momentum in total activations and continued residential and business revenue growth”, with business revenue climbing to $319 million, up from $214 million for the half year.

NBN Co also reports that activations over the six months saw more than 907,000 residential and business premises activated for the first half of FY20, lifting total activations to 6.44 million at 31 December 2019.

And the revenue increase delivered earnings Before Interest, Tax, Depreciation and Amortisation (EBITDA) - before subscriber costs - of $775 million, while monthly residential Average Revenue Per User (ARPU) was $45, up from $43 in HY19.

“Our earnings position continued to strengthen, with statutory EBITDA, before subscriber costs, increasing to $775 million. It’s important for NBN Co to generate reasonable earnings to allow reinvestment in the network, while also meeting our borrowing obligations and to generate a modest return on the Australian taxpayers’ investment,” Rue said.

On the overall result for the six months, Rue said: “These are outstanding results executed during a crucial time of the build. We continued to deliver against our key financial and business metrics, and we remain well positioned to complete the volume rollout of the network by 30 June 2020.”

“The progress of the rollout during the half was particularly pleasing, given we are now at the most challenging stage of the build, which takes in more complex sites.

“In the six months to 31 December 2019, we undertook one of the biggest ever phases of deployment and activations of residential and business premises on the network, with more than 907,000 premises activated and more than 667,000 premises declared ready to connect”.

“We expect the urban rollout activity to further accelerate in the second half, particularly across our Fibre to the Curb (FTTC) deployment. We are very pleased to say that the nbn is now available in most areas of Australia, and customers continue to sign up to nbn services at a rapid rate.

“This strong momentum in the rollout puts us well on track to deliver on our commitment of making 11.5 million residential and business premises Ready to Connect and seven million premises connected to the network by 30 June 2020.

NBN Co also reports that more than 667,000 premises were declared Ready to Connect to the access network during the first half of FY20, lifting the total number of homes and businesses able to order a service to 10.5 million and “signifying that the national broadband network volume build is more than 90 per cent complete”.

“Activations were another highlight with more than 907,000 residential and business premises activated in the first half of FY20, lifting total activations to 6.44 million at 31 December 2019,” NBN Co said.

During the first half of FY20, NBN Co reports that it made “significant investments” to improve customer experience and enhance the network, including: