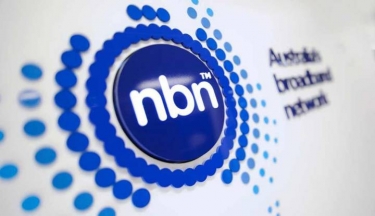 The operator of the national broadband network, NBN Co, is trumpeting strong momentum and earnings growth, recording quarterly earnings of $102 million in the three months ending September 2020, compared to a loss of $435 million in Q1 FY2020 – and with total revenue of $1.07 billion for three months, up 22% on the corresponding quarter last year.

Releasing its Q1 FY21 financial results on Monday, NBN Co said it had closed the first quarter with strong momentum on activations on the network, with EBITDA before subscriber costs at $571 million, an increase of 61% year-on-year, with the company paying approximately $469 million in total combined subscriber costs to Telstra and Optus.

In FY20, NBN Co paid approximately $2.4 billion in subscriber costs to Telstra and Optus, “the highest annual level of such payments”.

“As outlined at the Company’s FY20 financial results in August 2020, these costs will significantly reduce from FY21 with payments totalling approximately $1.5 billion due over FY21-24, until such payments cease,” NBN Co said in its quarterly statement.

The quarterly results report also revealed that capital expenditure for the quarter was $772 million, the largest component of which related to build and connection costs.

The company says the approximately $1.1 billion in revenue in the first quarter puts the company on track to meet its FY21 revenue target of $4.5 billion.

“It has been a strong first quarter and we are on track to meet the key financial forecasts outlined in our Corporate Plan 2021,” said NBN Co chief executive Stephen Rue.

“Revenue growth is tracking ahead of forecast and we continue to service high levels of demand for new connections with around 30,000 residential and business premises connected to the network every week, on average.

“We have maintained our strong focus on network performance, reliability and accessibility – and we continue to see strong, sustained demand for nbn’s higher speed tiers. Approximately 80% of new customers connecting to the network for the first time are selecting retail plans based on NBN wholesale download speed tiers of 50 Mbps and above.

“During the quarter, NBN Co continued to invest heavily to support customers and the industry through the COVID-19 crisis, maintaining a number of targeted measures, such as the offer of additional CVC capacity at no additional cost to internet retailers."

Rue said customer demand for higher speed broadband services remained strong in the first quarter and by 30 September, “more than 70% of residential and business customers were connected to plans based on NBN wholesale download speed tiers of 50Mbps and above”.

“In September, we announced a $4.5 billion network investment program to deliver our highest peak wholesale speed tiers of 500Mbps to close to 1Gbps on demand to an estimated 75% of homes and businesses on the fixed line network by 2023 to enhance residential and business grade services, and to dedicate $300 million to a regional co-investment funding program,” said Rue.

“We are now extending fibre deeper into communities in selected metropolitan and regional areas of New South Wales, Victoria, Queensland, South Australia and Western Australia. And we will progressively select, design and construct new fibre extensions over the next two years, with the aim of passing around two million premises by the end of 2023.

“This will ultimately enable customers living and working in eligible premises to place an order for a higher speed services, which is likely to trigger the construction of a fibre lead-in, thereby completing their conversion from fibre to the node (FttN) to fibre to the premises (FttP) technology, on demand.

“As part of our commitment to regional and remote Australia and given the increasing importance of high-speed broadband connectivity, we are pleased to engage with state and territory governments and local councils to consult and work through how we might extend fibre deeper into regional communities.

“NBN Co also recently announced 240 business fibre zones and is pleased with the level of orders that have been received at this early stage of launch.

“NBN Co is making good progress on its hybrid fibre cable network upgrade program and is working to ensure that by the end of November 2020 more than 25% of premises in the HFC footprint will be able to order NBN Ultrafast broadband.

“To support Internet retailers and provide additional incentives to customers who may wish to upgrade to higher speed broadband plans, NBN Co recently launched its national ‘Focus on Fast’ campaign.

“We will bring forward the release of additional CVC data inclusions on its 100/40 Mbps, NBN Home Fast, NBN Home Superfast and NBN Home Ultrafast bundle discounts to be available from 1 December and, as a sales and upgrade incentive, propose to offer wholesale pricing rebates to internet retailers from 1 February 2021, which will be applicable for up to six months.

“Demand for higher speed broadband services will accelerate in the years ahead as more people connect more devices within their homes, which inevitably requires faster download and upload speeds and greater capacity to be built into the network. As we have always stated, we will continue to invest in the NBN as a critical piece of infrastructure that will deliver social and economic benefits now, and in the future,” Rue concluded.