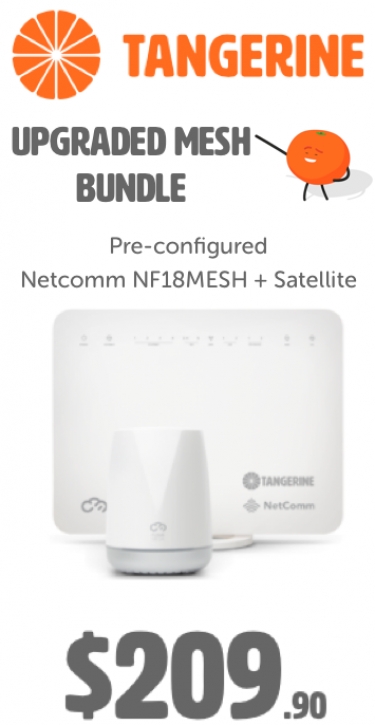 Tangerine Telecom says Mesh Wi-Fi routers are the "new normal" for Aussie households serious about their Wi-Fi range and quality, and as a mesh wi-fi router user myself, I'd have to agree!

If your current Wi-Fi set up is a bit of a lemon when it comes to coverage, then you need the orange - sorry, range and quality that a Mesh Wi-Fi router and mesh nodes can deliver.

Getting the best, freshest and juiciest Wi-Fi possible is best done with Mesh Wi-Fi, and far better than those old-fashioned range extenders that, in my experience at least, never quite worked properly, and lumbered you with a separate SSID network that usually had the same name as your existing network but with an -EXT suffix.

Now, it's clear why Mesh Wi-Fi networks have become popular, and that's because they work, with Tangerine Telecom stating that "during 2020, Australian households became very serious about their wifi range and, according to Tangerine Telecom, MESH systems are fast becoming the new normal."

Just as Telstra did before it back in 2018, Tangerine Telecom says "it has responded to this trend by offering the latest Netcomm NBN gateway + 1 MESH Satellite for $209.90 (previously $249.90)", and claims to be "once again leading the telco price competition."

Tangerine CEO Andrew Branson said: "Wi-Fi range is often a pain point for households with new NBN equipment being installed at one end of the home.

“If you have family members with bedrooms in dead zones, you’ll be very aware of the complaints and frustrations.

“MESH systems allow the wifi signal to be extended further through the home so there’s more consistent speeds throughout the entire house,” Branson added.

Tangerine says its promotional price "includes configuration and delivery of the devices and is the most competitive on the market right now."

As you'd expect, we're told "the offer is only available to existing or new Tangerine customers connecting to NBN."

Tangerine Telecom reminds us that it is "one of Australia’s most successful smaller NBN providers - privately Australian owned, and supported by Vocus Infrastructure." 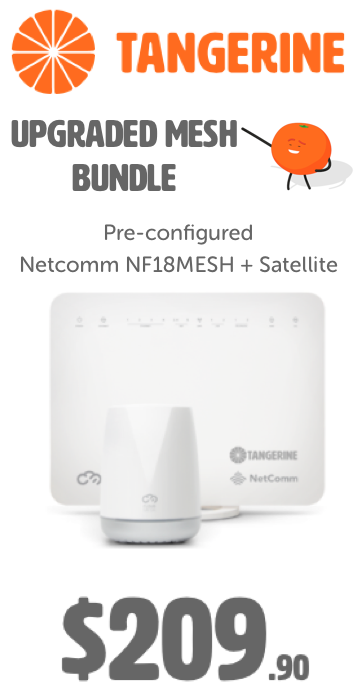