Matrixx: to the fore with predictions on 5G, Cloud and IoT 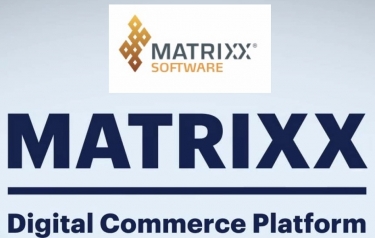 A fourth Matrix movie may well be in development, but savvy telcos have already found the one they need in Matrixx, whose predictions for 2020 are below.

Matrixx Software. The company says it "provides next-generation, cloud native digital commerce solutions that transform how companies do business", and counts "many of the world’s largest communications companies, IoT players and emerging digital service providers" as its customers.

I've written a few articles about Matrixx over the years, interweaving not Hugo Weaving but instead references to the red pill and the blue pill, and how Matrixx has architected an amazing company that, as noted, serves many of the world's largest telcos.

It's the digital 21st century equivalent of selling jeans, provisions and mining equipment to the miners, except much more so given Matrixx's software forms a vital part of the modern platform comms companies must embrace to be relevant in today's world, and to offer the products and services that differentiate between offering smart pipes vs dumb infrastructure.

So, when I was offered some interesting predictions for 2020, I was happy to receive them, and while I've taken a bit longer than I should have to publish them, here they are.

The first contribution comes courtesy of Jennifer Kyriakakis, Co-founder and VP of Marketing at MATRIXX Software, clearly a very successful woman in business and part of a company that is transforming the world of comms for the better - for us all.

In the 5G space, Ms Kyriakakis predicts: The rise of ‘smart spaces’

"We predict we’ll see a huge uptick in 5G announcements during 2020 from carriers bringing 5G into specific locations and creating ‘smart spaces’. Similar to what we’ve seen Verizon announce with NFL stadiums and Vodafone announce with London’s Gatwick airport.

"While operators will continue to struggle with marketing 5G direct to consumers, the immediate opportunity will be the massive connectivity of devices, franchise businesses and people in transit driving substantial revenue from ‘smart spaces’, such as airports, train stations, conference facilities, amusement/theme parks and stadiums, where there is a high density of users and traffic.

"Smartphones may start to lose equity in our digital life, as wearables take center stage.
While the industry waits with bated breath for the 5G iPhone to drop, 2020 will really be the year we start to see more momentum with alternative devices.

"Major tech companies, including Amazon, Google and Facebook are working on an array of wearable devices that will offer consumers the same touchpoints to information (video, AR/VR, apps, search).

"Expect to see an onslaught of watches, glasses, rings, bracelets, leveraging 5G replace many capabilities of your smartphone."

The beginning of the end for traditional triple play.

"The pricing strategies around bundling internet, mobile and content/tv together have had very specific paradigms over the past 20 years given they were separate lines of business and networks.

"As 5G fixed access to the home takes hold and operators continue to acquire or forge tighter deals with content players, those pricing paradigms will mostly fall away.

"Consumers will benefit from massive simplification if they move to 5G for all their mobile and in-home needs across entertainment, connected devices, and mobility. Operators will finally have a ‘sticky enough’ offer to be the one-stop shop for consumers."

When it comes to the Cloud, Ms Kyriakakis offers these predictions: Telcos fully evolve their focus from NFV to cloud native

"Regardless of the number of public cloud partnership announcements we continue to see, operators will continue to heavily invest their resources into evolving to cloud native principles.

"This includes the shift from VNFs to CNFs irrespective of the choice to leverage public cloud platforms or not. This shift and investment to cloud native is what will enable dynamic network capabilities, and massively streamline the cost and time to market for digital services.

"So, there will be less hype around ‘cloud’ itself, and much greater focus on cloud native evolution happening inside the carriers data centres."

The next set of predictions come courtesy of Marc Price, CTO, MATRIXX Software.

In the cloud space, Mr Price predicts: Cloud Native will Continue to Move Beyond Telco in 2020

"In 2020, this trend will continue with both software and commercial developments around a newly emerging ecosystem as emerging media and tech companies, and big players like Facebook, Google, Uber, Lyft, etc. find ways to work more creatively with the telco industry to mutual advantage."

Operators will Evolve and Move Applications from NFV to Cloud Native

"I predict in 2020, we’ll begin to see operators begin to evolve their infrastructure and applications, embracing the move from NFV to Cloud Native, with more tangible benefits and less fragmentation", Price continues.

"We’ll see greater support around operational procedures in the move from VNFs to CNFs."

"As more telcos embrace cloud native principles in 2020, we’ll see a much needed cultural shift as new and younger engineers and programmers join the ranks.

"This change will bring a software-minded cultural shift, aligning greater synergies between network and IT and beginning an overall change in processes as continuous integration / continuous deployment becomes part of regular operations activities."

In the IoT space, Mr Price predicts: 2020 Will Be the Year Telcos Still Won’t Get IoT Right – but somebody else might.

"We just can’t see it happening this year because for telcos the cost for IoT is still prohibitive and the industry has not done enough to make providing an end-to-end device lifecycle cost effective.

"IoT is happening, but not because of Telcos, which is why Amazon is now offering an alternative network in Sidewalk. Touted as another way to ‘own the home’ from a consumer perspective, longer term will we see that shift to factories and campuses.

"The danger is that Telcos are not going to get out of their own way and by the time 5G is up and running at scale, a big chunk of the market will be gone," Price concludes.

It's a world where anything is still possible, and the best is yet to come!

More in this category: « Telstra picks up PTC gongs Telecoms network resilience at time of disasters under review post-bushfires »
Share News tips for the iTWire Journalists? Your tip will be anonymous