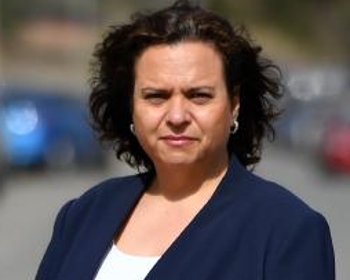 The Australian Labor Party claims the rollout of the Coalition Government's multi-technology mix national broadband network has reached "new depths of confusion", with NBN Co chief executive Bill Morrow saying he is thinking of building a 5G wireless network to bypass parts of the copper NBN that are unreliable or corroding.

Labor shadow communications minister Michelle Rowland said Bill Morrow had been quoted saying words to this effect in the telecommunications publication, CommsDay on Tuesday. (No link as CommsDay is a subscription-only publication).

On Monday, Morrow released NBN Co's results for the second quarter of the 2018 year, wherein it was revealed that the company had made a record $1.13 billion loss; losses for the six months to the end of December 2017 were again at a record $2.4 billion.

"It’s important to reflect on how we arrived at this point," Rowland said in a statement.

"(Prime Minister) Malcolm Turnbull abandons a $45 billion fibre NBN on the false pretense that he could build a copper alternative for $29.5 billion;

"Turnbull goes on to deploy an inferior multi-technology mix for $49 billion; and

"NBN Co executives begin considering plans to overbuild parts of the fixed-line network with wireless technology that the private sector is already deploying."

When the NBN was begun, the Labor Party was in power and it envisaged fibre being rolled out to the premises for 93% of the populace, with the remaining 7% to be supplied with connectivity through either wireless or satellite.

Rowland claimed the combined cost of a copper build and fixed-wireless overbuild was nearly $6000 per premises, well in excess of deploying fibre from the start.

"This is another embarrassing concession that parts of the current network are not fit-for-purpose," she said.

"Things only got worse for (Communications Minister) Mitch Fifield during question time today (Tuesday), when the poor minister evidently had no idea what NBN Co was up to.

"With this level of incompetence, Australians are legitimately entitled to ask – what is the point of building a second-rate copper NBN that costs more and does less?

"This is the $49 billion question that Turnbull continues to evade."