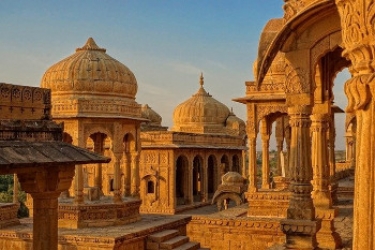 Image by Volker Glätsch from Pixabay

India has given Chinese telecommunications firms the thumbs-down, with Huawei and ZTE both omitted from the list of companies allowed to participate in 5G trials.

The list of companies allowed to carry out trials was announced earlier this week and it includes Nokia, Ericsson and Samsung.

Local companies that will conduct trials with these firms are Jio Platforms, Bharti Airtel, Vodafone Idea and MTNL.

Wang Xiaojian, spokesman for the Chinese embassy in India, said in a statement on Wednesday that China was concerned and regretted the fact that its telecommunications companies had not got a look in.

“Relevant Chinese companies have been operating in India for years, providing mass job opportunities and making contribution to India’s infrastructure construction in telecommunications," he said.

"To exclude Chinese telecommunications companies from the trials will not only harm their legitimate rights and interests, but also hinder the improvement of the Indian business environment, which is not conducive to the innovation and development of related Indian industries.”

India and China were involved in a border skirmish last year and there were reports around that time which said New Delhi was likely to ban Chinese firms from selling telco gear to any Indian companies.

The clashes, in Ladakh in Kashmir, are claimed to have resulted in the deaths of 20 Indian soldiers while 35 Chinese troops are said to have been either killed or else left injured.

The two countries fought a brief war in 1962 over their disputed border but any clashes since then have been minor. Both Beijing and New Delhi are nuclear powers.

Said Xiaojian: “The Chinese side hopes that India could do more to enhance mutual trust and co-operation between the two countries, and provide an open, fair, just, and non-discriminatory investment and business environment for market entities from all countries, including China, to operate and invest in India."

Many other countries have also avoided Huawei and ZTE gear, but have not said so openly. Among them are New Zealand.