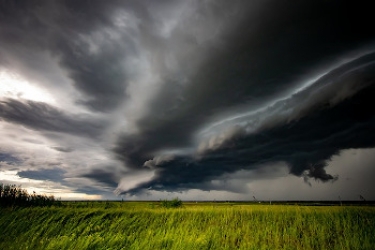 Image by Brigipix from Pixabay

ANALYSIS In August 2018, Huawei was told that it was not going to be able to bid for something which could prove to be its biggest source of revenue in Australia: 5G contracts.

And a few days back, the company had to pull out of its existing biggest contract in this country: a $136 million deal with WA to build and maintain digital radio services that would provide voice and data services across the rail network in Perth.

At the beginning of March, Huawei went through a restructure, getting rid of its board and also axing 500 jobs. On Wednesday, the company put out an announcement reiterating its commitment to sponsorship of the NRL team, the Canberra Raiders.

Ostensibly, this was intended to reassure the Raiders at a time when the NRL season is in limbo due to the ongoing coronavirus pandemic. But it was also a reassurance to its commercial clients that it is not planning to cut and run despite the major setbacks it has faced.

A re-evaluation of its position will probably have to be made at the point when 5G networks are adopted in toto by the likes of Optus and Vodafone Hutchison Australia; both companies built their 4G offerings on Huawei's infrastructure but will have to shift to other companies for 5G. Optus has said it would mainly use Swedish provider Ericsson while Vodafone has opted for Nokia.

This process will take at least another five years to be completed, so there is a reason for Huawei to keep the carrier side of its operations going at least until then. But as the amount of work gradually reduces, there are likely to be staff cuts in this area.

Newer Huawei smartphones are unlikely to be bought by Australians in large numbers given that the proprietary Google apps — Gmail, YouTube, Maps, Drive and the Play Store — are absent, due to an American ban. That means the consumer side of the business will not see much revenue.

If Google were to gain an exemption from the ban allowing it to sell the proprietary Android apps to Huawei, then the prospects of the Chinese firm's smartphones gaining market share would be good. The hardware is said to be good, with the camera outstanding.

But this is a third-party opinion; iTWire has repeatedly attempted to obtain a recent smartphone from Huawei for review, but has not been successful. Hence an opinion about other apps on the devices cannot be offered.

The company has other ongoing contracts in Australia which need to be serviced. iTWire understands that Huawei Australia operates private networks for several mining operators. Additionally, there are clients like Sydney Trains, NSW Ambulance, Southern Cross University, James Cook University and the Gold Coast Suns.

Nothing will happen tomorrow or the day after either. But it looks like a company which has had operations in Australia for the last 16 years will be reduced to a token presence before the next decade arrives.

More in this category: « Sharp drop in consumer complaints to telcos: ACMA NBN Co, telcos get ACCC authorisation to co-operate during COVID-19 crisis »
Share News tips for the iTWire Journalists? Your tip will be anonymous