How many COVIDSafe downloads do we need? Featured 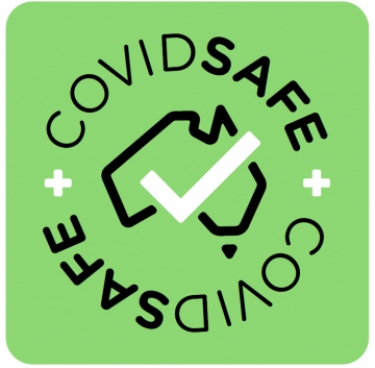 COVIDSafe - when is enough enough?

OPINION: It is now four days since the government released its COVIDSafe tracing app. There has been a lot of debate over the privacy aspects of the app, and a lot of commentary about whether people should or shouldn’t use it.

The medical profession and industry bodies such as the AIIA and the Pearcey Foundation have endorsed the app, while some high-profile individuals have said they will not download it, citing the Government’s long history of breaches of trust on privacy and security matters.

The app will be successful only if it reaches critical mass. It relies on mass usage to trace who has been in contact with whom, so as to alert people after the fact if they have been near someone infected with the coronavirus. It essentially automates the existing manual tracing process.

Almost totally missing from the debate has been any real examination of the numbers. How many people need to download the app for it to be successful? Prime Minister Scott Morrison initially said 40%, though he later retreated from that number and said as many as possible.

Let’s go on that figure of half. It is certainly critical mass, and consensus is the app will be successful if it achieves that penetration rate. And Dr Murphy is our top medico and has been the public face of the profession during the crisis, so we can’t trust him we’re in trouble.

There are 36 million mobile phone contracts in Australia – the number has exceeded the population for five years now. But many of these are Internet only services, or dongles of various sorts, or second phones.

The Australian Communications and Media Authority says that 16.4 million Australian adults have a smartphone. That data is a year old and usage is increasing, but there are still many old smartphones like the iPhone 5 which can’t run the app.

Let’s say 16 million adult Australians have a smartphone capable of running the app. Half that number is 8 million. That’s the lowest of any of the numbers we have looked at. Let’s be generous and go back to the 40% figure. That comes out at 6.4 million (40% of 16 million). By any calculation we need at least that number of people using the app for it to be regarded as successful.

So, how are we going? Takeup has been quite high. There were over a million downloads from the release of the app on the evening of 26 April until the next morning. Numbers have been rising steadily ever since — the most recent reliable figure we have is three million, announced on Greg Hunt’s Facebook page on the evening of Wednesday 29 April. We have hit 20% – we are nearly halfway there.

The government keeps congratulating itself, so it must be happy with these numbers. But let’s look at the example of Singapore. It has a very similar app — indeed our app is based on theirs — and it is a regimented one-party state (for all intents and purposes) where people largely trust the government.

It is a month now since the app was released in Singapore, and after massive publicity about a second wave of virus deaths they have reached only a 20% penetration rate. Australia has now passed that figure (based on our conservative estimates), proving once again that we are actually pretty docile creatures when it comes to being told what to do.

But it will likely become more and more difficult to convince people to download the app. The next three million won’t be so easy Engaged individuals have already done it, but most people are lazy or poorly informed and just couldn’t be bothered. Some are actively resisting – the comments on social media are very revealing.

We are still a long way from the numbers we need to ensure the app’s success, by the government’s own yardstick. Unless we get there, or even close to it, the whole exercise will have been a massive waste of time and effort.

More in this category: « MNF reaffirms guidance NBN Co extends offer of 40% additional capacity to Internet providers during COVID-19 crisis »
Share News tips for the iTWire Journalists? Your tip will be anonymous