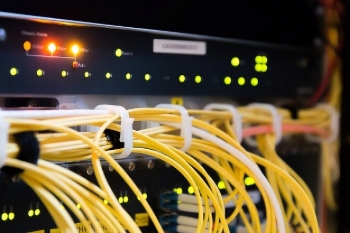 Telecommunications networking equipment, software, and services provider Ciena has been selected by Hawaiki Submarine Cable to upgrade technology to increase capacity on the cable connecting Australia, New Zealand and the US.

Ciena says that under the deal, its GeoMesh Extreme solution based on Waveserver Ai will deliver “unprecedented connectivity” to Australia, New Zealand, the Pacific Islands and the US.

“Hawaiki is making its mark in the Pacific region by delivering greater connectivity, diverse routes and competitive pricing that are greatly benefitting local businesses and consumers,” said Rick Seeto, vice-president and general manager of Asia Pacific and Japan, Ciena.

“Ciena’s optical and packet networking platforms will serve as a great complement to Hawaiki’s already extensive submarine network, addressing and adapting to the modern requirements of a bandwidth-hungry environment.”

Ciena says Hawaiki is the first subsea cable between the US west coast and Oceania that has been optimised to support coherent wavelength technology.

Under the deal with Hawaiki, the cable will be upgraded with Ciena’s GeoMesh solution, which Ciena says will offer Hawaiki the lowest cost per transported bit and evolve to a cumulative 67Tbps in transmission speeds.

“A 53% increase of Hawaiki’s design capacity was achieved just a few months after its commercial launch,” Ciena says.

By leveraging its 6500 Submarine Line Terminating Equipment as well as the Waveserver Ai platform, both powered by WaveLogic Ai, Hawaiki can now scale from 1GbE, 10GbE, and 100GbE services over 200G and 250G wavelengths, “offering a larger granularity of capacity products to its customers”.

“As the provider of the largest and fastest link between Australia, New Zealand, and the US, we recognise our customers’ need for innovative capacity solutions that support a shorter time-to-market and improved revenue generation,” said Remi Galasso, chief executive, Hawaiki Submarine Cable.

“Our collaboration with Ciena will allow us to both scale our infrastructure with minimal operational complications and meet market requirements for greater connectivity and diversity across the Pacific.”