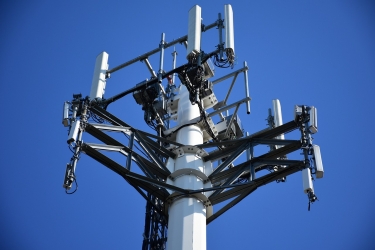 Image by Maxwell Fury from Pixabay

The European Telecommunications Standards Institute (ETSI) has announced a new group to research a new candidate technology to underpin 6G, the next evolution in mobile communications.

ETSI is an independent, not-for-profit, standardisation organisation in the field of information and communications with more than 900 members worldwide, drawn from a diversified pool of large and small private companies, research entities, academia, government, and public organisations.

On 8 December the newly launched ETSI Industry Specification Group on Terahertz (ISG THz) held its kick-off meeting and decided on work priorities for this candidate technology for 6G.

“ISG THz provides an opportunity for ETSI members to coordinate their pre-standards research efforts on THz technology across various European collaborative projects, extended with relevant global initiatives, a move towards paving the way for future standardisation of the technology,” said Thomas Kürner, chair of ISG THz.

The ETSI group will initially focus on two categories of use cases.

The first one will include mobile applications with high data rate requirements, such as virtual and augmented reality, applications for in-flight and in-train entertainment, and vehicular and satellite communications.

The second category includes applications requiring both communication and sensing functionalities, such as holographic telepresence, and interactive and cooperative robotics.

The ETSI ISG THz, which already comprises 31 participating companies, aims to define the target scenarios and the concrete frequency bands of interest on THz communications.

As a starting point the group will analyse data from the numerous research efforts providing early measurement campaigns that has been published in relevant literature.

Several European and international initiatives promoting 6G research and development activities anticipate that THz communications will be included in the next generation of cellular networks.

Due to the need line-of-sight or at least obstructed line-of-sight to make use of one reflection or scattering process, Reconfigurable Intelligent Surfaces (RIS) are seen as an enabler for THz communications.

According to ETSI, this will provide ample opportunities for collaboration and joint undertakings with two other groups in ETSI, one working on millimetre wave (ISG mWT) and the other on Reconfigurable Intelligent Surfaces (ISG RIS).

More in this category: « Smaller telcos gain as wholesale broadband market slows: ACCC NBN Co pushes fibre in its 2023 corporate plan »
Share News tips for the iTWire Journalists? Your tip will be anonymous