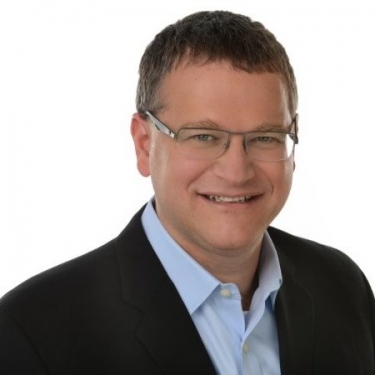 Comcast announced the successful test of a prototype 10G modem using the core technology that will deliver multigigabit speeds to tens of millions of homes.

Comcast says the announcement is the latest in a series of 10G milestones from Comcast. In October 2021, the company announced a successful test of a complete 10G connection using a virtualised cable modem termination system (vCMTS) powered by DOCSIS 4.0 technology. That announcement followed major 10G milestone announcements in April 2021, of the first-ever live lab test of a 10G system-on-chip (SOC) and October 2020, of a trial delivering 1.25 gigabit-per-second (Gbps) upload and download speeds over a live production network using Network Function Virtualisation (NFV) combined with the latest DOCSIS technology.

A key component of 10G, DOCSIS 4.0 is an evolutionary leap forward in the ability to deliver multigigabit upload and download speeds over the connections already installed in hundreds of millions of homes worldwide, the company commented.

“The great strength of our smart network design is that we are able to exceed our customers’ demands today, even as we continuously evolve to meet the needs of the future,” said Comcast Cable president of technology product experience Charlie Herrin. “As our 10G journey continues to accelerate, customers will reap the benefits of ever-increasing security, reliability, and speed.”

Comcast said that 10G technology builds on the work it has done over the past several years to build a smarter, more virtualised network. In addition to providing a path to multigigabit upload and download speeds at scale, 10G updates will deliver near-term benefits to customers in the form of increased reliability, performance, and lower latency, Comcast says.

Connected by Broadcom 10G technology, the modem test utilised the DOCSIS 4.0 FDX SoC device, which Comcast demonstrated in April 2021, to pair with two cable modem chips to deliver the breakthrough performance. These were successfully connected over a lab-based hybrid fibre-coaxial network to the vCMTS operating in DOCSIS 4.0 mode. This represents the first complete network connection of all-DOCSIS 4.0 components that are required for deployment, the company stated.

Comcast says the demonstrated speeds – which were faster than 4 Gbps upload and download – are expected to increase significantly as developers refine technology at every level of the 10G architecture.

“With each new milestone, we get a clearer picture of how 10G technologies will unlock the next generation of speed and performance for millions of people worldwide,” said Comcast Cable EVP & chief network officer Elad Nafshi.

In Australia, NBN acquired Telstra's HFC network, as part of the Coalition Government's Multi-technology network plan. Initially NBN had issues staying ahead of demand for capacity on this network, which led to a stop-sell for a period while it developed capabilities to do various types of node splits to augment capacity. A second stop-sell occurred when issues around the supply of modems occurred due to a global issue around ASIC supply. DOCSIS 4.0 and 10G technology represent an opportunity for NBN to increase speeds on HFC and also augment overall network capacity.

More in this category: « Canalys says Apple No.1 again in Q4 2021 global smartphone market TPG Telecom and Telstra offering free calls to Tonga »
Share News tips for the iTWire Journalists? Your tip will be anonymous