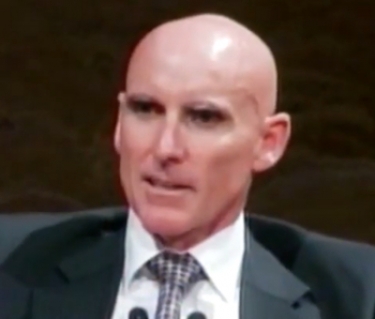 Mike Quigley: "It is now clear that FttP was the safest bet on which to build the NBN in order to provide Australians with the fixed broadband they will need for the decades ahead." Courtesy YouTube

The man chosen by the Rudd Labor Government to head the NBN Co when it was formed has not held back in criticising the Coalition for what he called "a colossal mistake" when it decided to change the mix of technology for the NBN from one that would be mostly fibre to one in which copper would dominate.

Mike Quigley told iTWire, in response to a query for his reaction to the announcement on Wednesday by Communications Minister Paul Fletcher, that the move "confirmed that when the Coalition Government placed a bet on using the old copper and Pay TV technologies to build the NBN it made a very big mistake".

"They lost that bet," he said. "No amount of rationalising or saying that the world has changed with COVID-19 explains why you would spend a decade saying that FttP is a gold-plated solution which Australians don't need and then, before the multi-technology mix build is actually finished, now say FttP really was the right answer."

He was reacting to the government's announcement on Wednesday that fibre to the premises would be available to about 75% of homes on the NBN, making a total of eight million in all, by the end of 2023, with the NBN Co to spend about $3.5 billion to upgrade connections. In addition, the NBN Co said a day earlier that $700 million would be spent on business fibre zones in metropolitan areas and the regions, and $300 million to improve regional Internet services.

Quigley, who lost his job when the Coalition Government came to power in 2013, did not mince his words.

"It is now clear that building Australia's NBN with outdated and limited copper technology was a colossal mistake. Tens of billions of dollars have just been spent on a network that NBN Co announced on Wednesday they will start overbuilding," he said.

"To argue that the right path to a fibre-based NBN is to first invest tens of billions of dollars in copper technologies and then, before that copper-based NBN is completed, to begin overbuilding it with fibre, is nonsense. But that is what the Coalition Government is asking Australians to believe.

"You don't have to be a telecommunications expert to know that operating two fixed-line networks side by side is a huge waste of money. But Page 42 of the Corporate Plan released on Wednesday shows that is exactly what NBN Co is planning to do.

"The Coalition assumed in 2013 that they could build a network based on old copper technologies for a peak funding of $29.5 billion and it would be built by the end of 2016. But the last published peak funding number was $51 billion and, while NBN Co has chosen not to include an updated peak funding estimate in the Corporate Plan they released on Wednesday, we can estimate that it is now likely to be around $57 billion.

"I am afraid reality has now caught up with NBN Co and no matter what words are used to try to explain this latest move, it is now clear that FttP was the safest bet on which to build the NBN in order to provide Australians with the fixed broadband they will need for the decades ahead."

More in this category: « Govt's fibre flip welcomed, but experts differ on what it will achieve Macquarie Telecom launches SD-LAN service »
Share News tips for the iTWire Journalists? Your tip will be anonymous