Having now offered 5G since earlier this year, in selected areas on compatible devices, Boost Mobile is arguably the best value pre-paid provider in Australia.

Boost Mobile styles itself as "the world’s largest youth-focused telco brand," and with its announcement today of doubling its market share over the last four years, such that it now has more than 7% of the Australian prepaid market, this traveler to more than 700,000 customers.

Naturally, Boost Mobile says this represents very significant growth, and places it well on its way to its target of more than 10% of the prepaid market in the short term, alongside the finalisation of other "plans to expand into new areas of the market."

The company notes much of this growth has come "at a time of immense pressure on both Australian customers and businesses, with Australians responding to the high value prepaid product offerings available on Boost Mobile, including long-life products that have proven especially popular."

While the pandemic delivered unique challenges for all Australians, and naturally the planet, Boost says the rising cost-of-living continues the importance of the company's "mission and commitment to create value and fight for the customer by delivering products that are relevant and good value, and ensuring customers are engaged in an authentic way from the brand," and seeing as the company has experienced growth, things are clearly on the right path.

There's also the fact Boost Mobile has a strategic and long-term network partnership with Telstra, which naturally gives confidence in Boost Mobile, as being on the full Telstra network, and not just on the wholesale network as other pre-paid operators on Telstra have limited themselves to, gives consumers the peace of mind that makes all the difference when the full network covers more than one million square kilometres more than any other mobile network.

Indeed, it's one of the reasons why Vodafone did a deal with Telstra to access part of that network for its rural and regional customers, but Telstra was smart to not give all of that coverage away to Vodafone (when that roaming deal starts up, as it hasn't as yet), although Boost has no worries there as it does have full access.

Adding to that peace of mind is the fact Boost renewed the network partnership with Telstra for a further 10 years in July 2021, which reinforces Boost Mobile’s position in Telstra’s broader multi-brand strategy.

So, with official data showing that in the period up to December 31, 2021, Boost Mobile had 7% of the Australian pre-paid market, the company's target of 10% in the short term seems very achievable, which also dovetails nicely with previously announced plans to expand its brand and reach beyond the prepaid market, which we've seen the start of with sales of refurbished smartphones, iPads and smartwatches.

Boost Mobile states it is "the fastest growing independently owned mobile brand in Australia," and notes this growth has come from "organic customer acquisition and positions them alongside the more traditional network operators as a major brand in the local market." 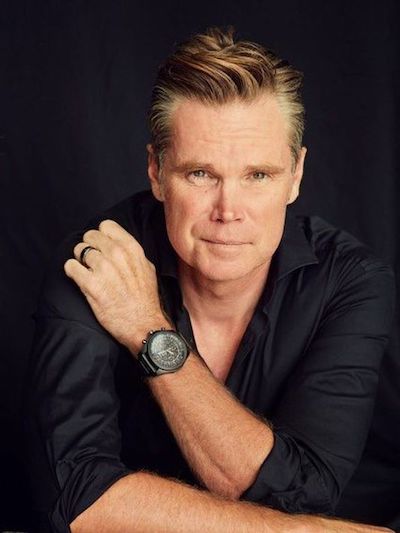 In addition to its network reliability and reach, Boost notes the recognition it has received for its high level of customer satisfaction and the willingness of its customers to recommend Boost to their friends and family, with Mozo today announcing Boost Mobile as a Mozo People’s Choice Award winner in 2022 for “Outstanding Customer Service”, “Most Recommended” and “Network Reliability”. These awards are determined solely by the votes of customers, gathered through a national survey.

“For more than 20 years, Boost Mobile has made it its mission to fight for Australian customers, give them a great deal and make sure they know we are focused on them and their needs. Now more than ever before Australians are responding in record numbers,” said Peter Adderton, Founder of Boost Mobile (pictured).

“While external factors are certainly important, we believe this is also a result of a very clear strategy and practical and authentic execution. This is about delivering products that are relevant to the consumer, are great value, making sure we engage with and support our customers, and knowing this is all done on the full Telstra mobile network.

“Despite the marketing spin seen elsewhere, we know the great significance of the full Telstra network. It means we are for all Australians, not just some Australians, and that comes from being available with great service in more than one million more square kilometres than any mobile network. That matters and isn’t spoken about nearly enough.

“We aren’t resting on our laurels. These latest figures show that Boost Mobile is taking it to the big guys and whether there is network ownership or not, we have a plan to make sure Aussies are getting the best deal, on prepaid and beyond. We also thank Mozo for recognising the support and loyalty of our customers and their willingness to recommend us,” Adderton concluded.