Another 100,000 premises to get fibre as NBN Co rollout progresses Featured 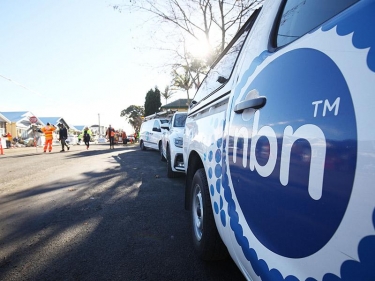 National broadband network operator NBN Co has announced the extension of its fibre network rollout, with the second tranche to pass 100,000 premises on the way to the goal of 2 million premises with fibre by the end of 2023.

The second tranche extends fibre deeper into communities in selected metropolitan and regional areas of New South Wales, Victoria, Queensland, South Australia and Western Australia and follows an earlier announcement in October 2020 when NBNCo started work on the initial program to design and construct new fibre into communities currently served by Fibre to the Node (FTTN) technology.

NBN Co says it will progressively continue to select, design and construct new fibre extensions over the next two years towards the 2023 goal.

“The extension of fibre deeper into communities will ultimately enable customers living and working in affected premises to place an order for a higher speed services, “which is likely to trigger the construction of a fibre lead-in direct to individual customers’ premises.

“This will effectively complete their conversion from Fibre to the Node (FTTN) to Fibre to the Premises (FTTP) technology, on demand, if that is what is required to deliver the desired higher speed service to individual premises,” NBN Co said.

In its latest announcement on Wednesday, NBNCo said the extension of fibre to service the 100,000 additional premises will cover parts of the following towns and suburbs:

NBN Co says its area selection criteria remains consistent with its determination of first 100,000 premises it will pass in the initial footprint release.

“This includes areas where the company anticipates strong demand for higher speeds; where it can deploy with speed and agility; where it is cost-effective to start work now; and in a way that the investment is most likely to spread and multiply economic activity across the nation,” NBN Co notes.

NBN Co’s previous announcement in October 2020 included premises in parts of the following towns and suburbs:

NBN Co says it is currently engaged in consultation with Internet retailers to define the process by which eligible customers will be informed of, and can inquire about availability and express their interest in ordering a higher speed broadband service and acquiring a fibre lead-in to their premises.

The program is part of NBN Co’s $4.5 billion network investment program, which the company says aims to make nbn’s highest wholesale speed tiers available, as demand arises, to around 8 million premises – or up to 75% of homes and businesses on the fixed line network by 2023.

More in this category: « NBN Co has a good six months, hopeful of first positive full-year result Telstra total income, profit both down for first half of FY21 »
Share News tips for the iTWire Journalists? Your tip will be anonymous