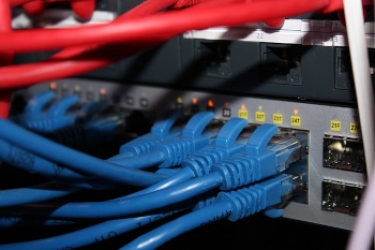 Labor's announcement that it would provide $2.4 billion for an additional 1.5 million homes to be provided with fibre if it were elected to office has been dismissed as "a continuation of the muddling-on process seen over the last decade."

Australia's best-known independent telecommunications consultant Paul Budde told iTWire that there was nothing revolutionary in the proposal.

Portions of the Labor proposal were leaked to select media outlets overnight — iTWire was not included — with Opposition Leader Anthony Albanese to make a formal announcement later on Wednesday.

The Labor leak also said the sale of the NBN would be put off for a while, but did not say the network would not end up in private hands.

Budde said there was "nothing dramatically different or extra from what the government is doing after it backflipped and started to upgrade FttN connections to full fibre".

"The $2.4 billion that they are putting on the table for it, is in line with the sort of ongoing extra investments the government had to make over the last decade — amounting to $28 billion — so the extra $2.4 billion is not outside the ordinary."

The original plan, conceived by Labor, called for 93% of premises to get fibre, and the rest to be served through satellite or fixed wireless. This was changed in 2013 after the Coalition came to power.

Malcolm Turnbull commissioned a study which ended up finding that the majority of homes would receive fibre-to-the-node, estimated at costing between $600 and $650 each. Also in the revised plan was the use of hybrid fibre coaxial, which was put at between $800 and $850 per premise.

These costs were kept hidden from public view until very recently.

Said Budde: "It is too late to leave the NBN hanging where it sits now, with Australia ranking #59 on the global broadband quality ladder. Unfortunately, the NBN has been a political football for 15 years and the next government will have to bite the bullet and continue with the job at hand.

"At the end of this upgrade there will still be some 600.000 FttN connection. However, not all FttN connections are bad, and the good ones are perfectly OK to be kept in place for a bit longer."

He added that while the government had indicated the next stage of the NBN needed to be finance by NBN Co through private debt, Labor believed this would be problematic.

Hence it was "offering a more flexible approach. It will look at the possibility of government loans, free cash and other financial means to move another 1,5 FttN homes to full fibre," he said.

"These are typically the areas with the problem of poor-quality service access. In the outer suburbs, 840.000 upgrades are planned and in the regional areas 660.000 upgrades are promised. This will bring the total of full fibre connections in Australia to between 7.5 million and 8 million."

More in this category: « Vodafone launches unlimited data 4G Home Internet Fletcher says, Labor can't be trusted on the NBN »
Share News tips for the iTWire Journalists? Your tip will be anonymous