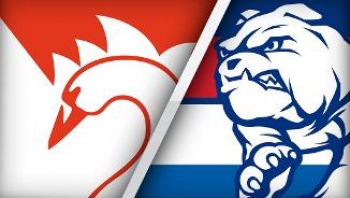 Fans at Saturday’s AFL grand final generated a massive 2.3 terabytes of traffic on the Telstra mobile network using their mobile phones and other devices to stream video, browse the Internet, upload photos to social media and receive and make telephone calls.

The 2.3 terabytes — the equivalent of more than 2000 hours’ worth of standard definition streaming on Netflix — was a huge jump up from the 2015 grand final when 1.2 terabytes was generated over the course of the entire day.

There were 99,981 spectators AT the MCG to see the Western Bulldogs defeat the Sydney Swans by 22 points.

The Telstra-led upgrade of its mobile network at the iconic venue, says the telco, is helping transform the MCG into the “most connected stadium” in the southern hemisphere.

The massive traffic rise at Saturday’s grand final all started before the first bounce with 950 gigabytes of data generated on Telstra’s Mobile Network between 12 noon and 2.30pm by fans watching the pre-game entertainment. During the half-time break, a further 318 gigabytes was generated by fans reviewing, commenting and dissecting the action from the game.

And, once the final siren sounded, 380 gigabytes of data was generated by the fans who stayed until around 6pm to see the Western Bulldogs celebrate with the Premiership Cup.

According to a Telstra spokesman, apart from the Telstra mobile traffic at the MCG, “it seems the grand final was the reason for an increase in the amount of text messages sent across Telstra’s entire mobile network on Saturday afternoon” – between 2pm and 6pm AEST, 11.7 million text messages were sent across the network, compared to 10.5 million at the same time the week before.

Telstra is still sitting in the number one spot in the mobile market, claiming Australia’s “largest 4G and 3G enabled coverage, greater reliability and faster speeds in more places”.

More in this category: « Goodbye! Sad moment when Vodafone turns off 2G GSM in 2017 Vodafone UK testing LTE-V2X and 5G benefits for vehicles »
Share News tips for the iTWire Journalists? Your tip will be anonymous