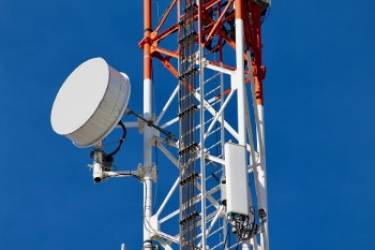 The direction that the Productivity Commission has indicated the Universal Service Obligation will take may put some consumers at risk of having reduced services, according to the Australian Communications Consumer Action Network.

The ACCAN is due to appear before the Productivity Commission in Sydney on Wednesday to voice its concerns about the latter's draft inquiry report on the USO.

The USO lays out the obligations that telecommunications providers have to provide access to consumers, including payphones.

"Unfortunately, the USO is stuck in the past and is not relevant for all the services that consumers need these days, including broadband – something which we are thankful the Productivity Commission has recognised,” said ACCAN chief executive Teresa Corbin.

"However, the direction that the Commission is advising may put some consumers at risk of a reduced service level, and being isolated from society and the community."

The ACCAN pointed out that phone and the Internet were essential services that should be available to all. The delivery mechanism needed reform so it was independently accountable and transparent.

Additionally, many consumer rights and protections are related to the USO, so the framework that establishes baseline services must be solid.

Tomorrow the ACCAN is set to raise concerns with the Productivity Commission, about voice services delivered over NBN Co's Sky Muster satellites, echoing concerns from regional, rural and remote consumers and groups.

"Consumers should continue to have access to voice services without any degradation in the level of service,” said Corbin. “It is not satisfactory that consumers should be put at risk in such a way by removing or lowering the quality of an essential service.

"Fixed-line voice services are vital for some consumers, particularly older people and regional, rural and remote consumers. These services are especially important in areas where mobile coverage is inadequate.

"ACCAN supports the recommendations in the Draft Report that broadband should be included as a baseline service, but we think it could go further to ensure that the new regime is adaptable and appropriate in future years."

The ACCAN will also be recommending that no consumer protections and obligations be removed from the USO until adequate alternatives are in place.

Some of the recommendations in the ACCAN's submission are:

More in this category: « IA chair ropable at misrepresentation of NBN view IA wants NBN Co to have primary USO broadband data responsibility »
Share News tips for the iTWire Journalists? Your tip will be anonymous