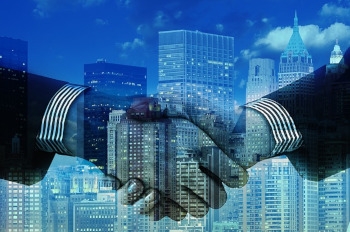 Both TPG Telecom and Vodafone Hutchison Australia will make sufficient concessions to the ACCC that would see TPG remaining in the market as a price-fighter brand, well-known telecommunications analyst Paul Budde says, three days ahead of the date on which a final decision on the proposed merger between the two companies is due to be handed down.

In response to a query from iTWire, Budde said these concessions should allow theAustralian Competition and Consumer Commission to accept the proposed merger.

The ACCC announced on 21 March that it would hand down its final decision on the proposed merger on 9 May.

In December last year, the competition watchdog issued a preliminary report on the proposed merger, saying that the disappearance of TPG, which it viewed as being on the way to becoming a fourth mobile competitor in Australia, from the fray through its merger with Vodafone would substantially lessen competition in the sector.

It also said it would scrutinise the impact of removing Vodafone as a competitor in the fixed broadband market.

But subsequently, TPG announced in January that it was cancelling plans for the mobile network due to the Australian Government ban on the use of equipment from Chinese vendor Huawei Technologies.

Budde said: "Obviously if they [TPG and Vodafone] wouldn’t provide those guarantees, the ACCC would reject the merger.

"TPG and Vodafone are both in a vulnerable position in an ever more competitive market with declining margins. They can’t afford to not let the merger go ahead, so they will have to make those concessions."

The Australian Communications Consumer Action Network, which bills itself as Australia's peak body for consumer representation in communications, was asked for its comments on the proposed merger.

Chief executive Teresa Corbin told iTWire in response: "We are usually wary that mergers can result in less choice for consumers. However, as TPG and Vodafone serve different segments of the market, this isn't really a concern.

"TPG is more focused on broadband, while Vodafone has a stronger presence in the mobile market, so really they are complementary."

Corbin added: "A strong third player in the telecommunications market, like the proposed merged company, could also have greater power to place pressure on Telstra and Optus to lower their prices, increasing affordability for consumers."

TPG and Vodafone announced the proposed merger on 30 August last year, with the scrip deal creating a company with an enterprise value of about $15 billion.

The ASX announcement said 50.1% of the merged entity would be owned by Vodafone with the remainder to be owned by TPG.

If the merger is approved, Vodafone chief executive Iñaki Berroeta will be chief executive while TPG founder and executive director David Teoh will be non-executive chairman. The company will be listed on the ASX as TPG Telecom.

More in this category: « Australians hit by $1.4 billion in international roaming costs: report No fanfare as NBN Co reports 3Q revenue rise of 45%, mounting losses »
Share News tips for the iTWire Journalists? Your tip will be anonymous