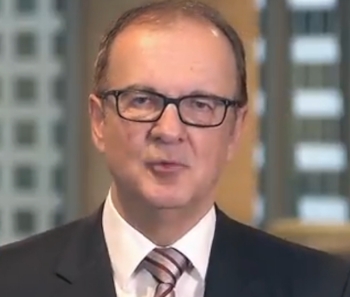 Ziggy Switkowski: "I could certainly generate - and do generate - figures around $50 billion for the value of this company in the early 2020s.” Courtesy YouTube

The Australian Labor Party has labelled valuation claims of the national broadband network made by NBN Co chairman Ziggy Switkowski as bizarre and said no evidence has been produced to back up the price tag he has put on the company.

Labor also accused the government of damaging the long-term economics of the national broadband network by its decision to opt for a multi-technology mix rather than the fibre for a majority of premises as in the original plan.

Labor Shadow Communications Minister Michelle Rowland and Shadow Finance Minister Jim Chalmers said in a joint statement that even after 92 days of NBN Co chairman Ziggy Switkowski claiming that the network could still fetch a price of $50 billion once it is fully rolled out in 2020, no evidence had been produced to back his claim.

Switkowski made the claim during a Senate Estimates hearing on 24 October 2018, adding that in his personal opinion, a write-down of the network was not needed. “I could certainly generate — and do generate — figures around $50 billion for the value of this company in the early 2020s," he said.

Rowland and Chalmers said the NBN Co had confirmed it had "not received advice from any advisory firm, investment bank, market analyst, or suitably qualified professional, to support the chairman's claims".

Nine days before Switkowski's assertion, Rowland had said Labor was keeping open the option of writing down the value of the NBN.

And in July 2018, the ratings agency Standard & Poor's said the NBN would not return a profit from the billions invested in the project, adding that the NBN Co's business model had led to telcos investing heavily in mobile services to avoid paying the company's inflated prices.

Rowland and Chalmers said: "Questions on notice from Labor Senators afforded NBN Co the opportunity to produce analysis or advice to support the claim, but the Senate tellingly received a heavily delayed response with no attempt to substantiate the claim.

"Given the significant difference of opinion with reputable analysts, the chairman either needs to support his statement with evidence or correct the public record.

"No amount of misleading spin can hide... the fact [that] the flawed decision to use copper and HFC has severely damaged the long-term economics of the NBN and destroyed taxpayer value."

More in this category: « Telstra sacks another 752 workers under T2022 plan Huawei releases multi-mode chipset to power 5G devices »
Share News tips for the iTWire Journalists? Your tip will be anonymous