NBN Co chair rules out write-down, says network could sell for $50b Featured 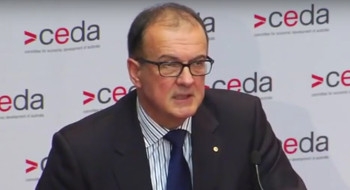 The chairman of NBN Co, the company rolling out Australia's national broadband network, has told Senate Estimates that the NBN could still fetch a price of $50 billion once it is fully rolled out in 2021.

Ziggy Switkowski, former head of Telstra, also said on Tuesday that in his personal opinion, a write-down of the network was not needed, The Australian reported.

Earlier this month, the Shadow Communications Minister Michelle Rowland said the Labor Party was keeping open the option of writing down the value of the NBN if it won the next federal election, which is due by May 2019.

And in July, the ratings agency Standard & Poor's said the NBN would not return a profit from the billions invested in the project, adding that the NBN Co's business model had led to telcos investing heavily in mobile services to avoid paying the company's inflated prices.

Switkowski told Senate Estimates that the price the network would command depended on the privatisation process, the state of the company and the regulatory settings in place at the time.

“While there are downside risks, the current valuation is supported by our full-year projected numbers, I can certainly generate figures around $50 billion for the value of this enterprise in the early 2020s," he said.

“Write-down is not the within the gift of management or government, they are driven by accounting rules. The network is not complete, we currently don’t have the customer base we expect to have by 2020, the ability to properly value this asset probably won’t be available to us until the 2020s.

“I can rule out a write-down, this is my personal view. Any consideration on the value of the NBN will await until the business moves into a relatively normal, conventional mode, which will happen when we finish the build in 2020, we compete the conversion of all households and business in 2021, we turn cash-flow positive and then whoever needs to make the judgement will make it then."

More in this category: « Global fixed broadband subscribers exceed one billion Peering transparency of little benefit to Tier 2 ISPs: Britt »
Share News tips for the iTWire Journalists? Your tip will be anonymous