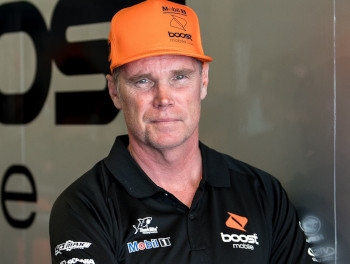 Peter Adderton: "I don’t believe that TPG ever had the intention to build a full, nationwide network." Supplied

Boost Mobile founder and chief executive Peter Adderton has urged the ACCC to reject the proposed merger between Vodafone Hutchison Australia and TPG Telecom on the grounds that it would remove from the telco space the one factor that has led to increased competition over the last year or so – a fourth big mobile player.

He told iTWire that unless any new entity formed as a result of the proposed merger offered safeguards to protect MVNOs like his firm, the Australian Competition and Consumer Commission should say a firm "no" to the merger.

"The ACCC also needs to ensure that this new entity, as well as both Optus and Telstra, offer these safeguards especially after this horizontal merger," said Adderton, speaking from the US where he has just finished a trip to the national capital there to meet officials from the Federal Communication Commission and the Justice Department in connection with the proposed Sprint-T-Mobile merger.

He challenged Iñaki Berroeta, the head of Vodafone, who has been named as chief executive of any merged entity, to commit that he would honour the pledge made by TPG to provide six months free and its $9.95 per month offer when it launched its mobile service.

"My guess is that they both (meaning Berroeta and the chairman of TPG, David Teoh) might get a case of amnesia on that one," he chuckled. "It will be brands like Boost Mobile that will be crucial in maintaining a healthy and competitive market."

Adderton said there had never been a period of price drops like the past year or so, when the impending arrival of TPG as a fourth mobile player — which now looks unlikely — had forced all others to offer better and better deals to consumers. And, he said, this was behind his statements on Thursday, after hearing of the merger announcement.

“One could argue that MVNOs' brands become less important to the carriers as they seek growth with this merger," he said. "As an example, Optus was looking at purchasing Amaysim to counter TPG’s entry so it will be interesting to see if Optus still believes it needs Amaysim at all with TPG now being taken out.

“The ACCC needs to put protection in place for the independent carriers, such as Boost and other MVNOs. Similar to what is going on now in America, as we go from four to three networks, we’re fighting for protection for MVNOs because they’re the ones that lose in the scenario as we don’t have the scale to compete with these bigger companies.”

He said it was the same when it came to access to 5G networks. "MVNOs should get access to them straightaway, not two years later, not one year later, but at the same time the major carriers do, so that healthy competition remains in the market. It’s also worth noting that TPG is still technically only an MVNO, as they haven’t actually yet built a working network.”

According to the OzTowers site, TPG now has a total of 811 working mobile towers across the country, of which just one is active. Adderton claimed TPG had never had any intention of rolling out a country-wide network as it would have been far too expensive.

“I don’t believe that TPG ever had the intention to build a full, nationwide network," he said. "There’s a huge capital cost to do that and with the amount of money it would take, such an idea was never going to be profitable.

“This was only ever a game of poker. TPG was playing poker, they spooked the market, and Vodafone showed their hand which is exactly what I believe TPG was hoping would happen. Today shows that the mere threat of another competitor was enough for Vodafone to make a move.”

He said the merger made sense for Vodafone as it was getting rid of a competitor that had the potential to steal its customers if it ever got up.

"For TPG, of course, this is a big win, they just beat a competitor at poker. But for the consumer the merger is terrible because even the concept of a fourth network still drove down prices and drove more consumer-friendly activity from the traditional three carriers than ever existed before their announcement.”

Adderton founded Boost in the year 2000 and was first reselling Optus' product, but then switched to Telstra.

“Any horizontal merger isn’t good for consumers, because we’ve seen a network that’s not even launched, a network that hasn’t sold one product, create more downward pressure on mobile pricing and consumer-friendly activity than the top three have ever delivered without this threat by a new entrant," he averred.

“The mere notion of what TPG said they would do in the future created a dynamic in the marketplace that was excellent for consumers and pricing. After today’s announcement, if I was the ACCC, I would be looking at the offer that TPG put out there for six months free and a $9.95 unlimited pricing plan and see if that was going to survive the merger.

“The good news about taking out a competitor is that we still have a very healthy MVNO market that needs to be protected by the regulators to make sure we have a fourth virtual network. This is where Boost Mobile plays a vital role.”

More in this category: « FULL AUDIO: Vodafone and TPG merger call as Voda promises 'great value' for customers Kogan Mobile appeals to Canberra government employees to save money »
Share News tips for the iTWire Journalists? Your tip will be anonymous