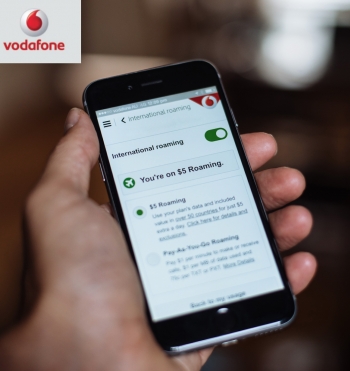 Vodafone Australia says Red and SIM Only customers using its $5 Roaming can now use their mobile phones in New Zealand without paying the $5 fee.

Vodafone NZ customers don’t get the free $5 roaming to Australia just yet, but Australian Vodafone customers going to New Zealand are definitely the beneficiaries of Vodafone’s new policy.

New Zealand is the No.1 destination for Australian Vodafone customers, so Vodafone waiving the $5 per day fee for Red and SIM Only customers travelling to NZ, until 1 December 2016, is a solid competitive move against Telstra, Optus and local SIM card options for travellers in-country.

The company says its offer builds on its ‘award-winning $5 Roaming offer where customers can use their normal mobile phone plan in over 50 selected countries for the cost of a large coffee per day.’

According to Vodafone Chief Marketing Officer Loo Fun Chee, the company’s latest roaming initiative demonstrates its commitment to giving Australians a fair go when they travel.

“Two years ago, we took the industry’s first steps to help end widespread confusion and bill shock surrounding international roaming with the introduction of a new standard: $5 Roaming," said Chee.

“Today, we’re taking another big leap forward to change the industry because we believe that roaming matters.

"Many Australians travelling overseas continue to be denied the right to use their phones like they would at home, and are instead spending their holiday downtime searching for free WiFi or worse still, paying excessive mobile roaming rates. This is something Vodafone is working hard to change."

As one of Australia’s closest neighbours, New Zealand attracts more than a million travellers across the Tasman every year, according to the Australian Bureau of Statistics, and more than 600,000 New Zealand born residents now live in Australia.

Chee noted New Zealand was an obvious choice for the company to trial its evolved $5 Roaming product, and said: “Australia and New Zealand have a wonderful cooperative relationship. As allies, we have many ties across business, industry and government, as well as on the sporting field. Today I am pleased to announce that Vodafone Australia is strengthening its ties to New Zealand by opening its ‘network borders’ to include New Zealand.”

Plenty more below, please read on.

With Vodafone boasting its competitors ‘took notice of $5 Roaming,’ Chee said she believed many of their products ‘continue to be fraught with complications and hidden catches with subsequent high costs.’

“When you think that today close to 70 per cent of our network traffic is video, and no one sees that slowing down, the fact that some of our competitors are imposing daily data usage caps, and charging data overage up to 50 times more than their normal domestic rate when their customers roam, you have to wonder how serious they are about changing things," added Chee.

“The fact is many Australians are not able to roam with confidence and ease. We know that sometimes paying your regular mobile bill can be difficult enough, but imagine paying for hundreds, if not thousands, of dollars in roaming. I’m not surprised that many people feel the best solution to avoid the roaming rort is to leave their phones at home when they travel overseas."

Chee said she believed Vodafone's ‘roam like home to New Zealand' offer not only outpaced local competitors, but also international providers because of its simplicity and benefits such as international calling, a feature of many Vodafone plans.

“While there are a handful of similar roaming offers around the world, many restrict how you use your phone. Having the freedom to use your plan’s inclusions, such as international call inclusions, as you would in Australia is what sets Vodafone’s ‘roam like home’ New Zealand offer above the rest,” added Chee.

Vodafone said it is keeping the ‘roam-mance’ alive on Red, noting that ‘$5 Roaming has been used more than three million times and customers have used 462 million megabytes of data while roaming since the start of 2014.’

Chee said the company’s plan to deliver simple products and greater transparency is a sustainable strategy. “We’ve proven that if you have the right products that are easy for people to use and, most importantly, you charge a fair price, people will use them, and they will love them,” concluded Chee.

According to a recent study commissioned by Vodafone, the most popular methods for avoiding roaming bill shock are:

More in this category: « Vodafone takes to the skies with Qantas Frequent Flyer partnership Government releases nbn end-user migration policy »
Share News tips for the iTWire Journalists? Your tip will be anonymous