Wilkie, Whish-Wilson call for Assange to be brought back to Australia Featured 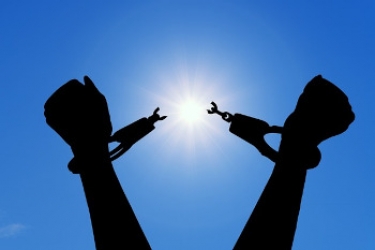 Two Australian senators have called for WikiLeaks founder and publisher Julian Assange to be set free by the UK and brought back to Australia, following the issue of an extradition order for him to be sent to the US for trial.

Independent Senator Andrew Wilkie and Greens Senator Peter Whish-Wilson made the call during a media conference in Tasmania on Thursday.

The extradition order was issued on Wednesday by the Westminster Magistrates Court in the UK and sent to British Home Secretary Priti Patel for approval.

'Shame' is a word often deployed by the Sydney Morning Herald. But not for its own shameful censoring of Julian #Assange. Not a word has appeared in Australia's oldest newspaper since a London court ordered the Australian editor to be extradited for the crime of real journalism.

Assange's legal team has time until 18 May to submit its arguments as to why the order should not be implemented.

Said Wilkie: "Now, it’s grim news that this final court appearance didn’t put an end to this ridiculous issue of an Australian journalist, a real hero, being extradited, or ultimately just speaking truth to power and shining a light on us misconduct and war crimes.

"But there is some good now in that it’s out of the courts, and politicians can stop it."

This morning, I watched in court as a judge ordered one of the most consequential journalists of our time, Julian Assange, to be extradited from my country to the US to potentially face up to two centuries in prison.

"...there’s now no excuse, no excuse whatsoever, for [Prime Minister] Scott Morrison, and [Opposition Leader] Anthony Albanese [not] to pick up the phone to the British Government, and to make the case in the strongest possible terms for Julian Assange, to be released and to be allowed to return to Australia."

Wilkie was dismissive of the US assurance that if Assange was extradited and found guilty, he could be allowed to serve his sentence in Australia.

"...during the court cases, assurances had been given by US officials, that he wouldn’t be kept in high security, that he might be allowed to return to Australia and serve his prison sentence in Australia," he said.

"But those promises are worthless. They have no value whatsoever, we have to deal in facts. The facts are Assange is facing a page full of charges for espionage. And if he’s convicted of those, the facts are as I said at the moment, he will go to jail and die there.

With Julian Assange on the verge of extradition to spend the rest of his life in a US prison, and the judge claiming he is "duty bound" some are questioning the United Kingdom's independence and sovereignty.

Whish-Wilson said: "What the [Australian] Government’s not telling you today is that the ultimate decision now rests with the UK prime minister and the UK foreign minister and the UK attorney-general. It is a political decision from here on in and only politics can save Julian Assange.

"If there’s anything positive to come from the news... it’s that we can now make this an election issue. We have four weeks to go to get in there and fight for Julian Assange’s freedom, and let both Anthony Albanese know and let Scott Morrison know that they’re complicit in this egregious abuse of power.

"The worst abuse of power that I’ve ever seen, where one of the greatest nations not just on the planet at the moment, but in the history of humanity, is throwing everything they’ve got at one man for exposing their war crimes and embarrassing powerful people. It’s got to stop."

Wilkie said the reason why the Australian Government was acting this way was "simply because [it] puts our bilateral relationship with the United States ahead of all else".

"The Australian Government thinks that our relationship with Washington is more important than the rights of Australian citizens. I think it’s that simple. And that’s a really ugly situation to be in."

Whish-Wilson said a few months ago it had been revealed that [former US secretary of state] Mike Pompeo and Morrison had each other on speed dial.

"Now, Pompeo was the head of the CIA at the time. And he was the instigator of this political persecution of Julian Assange. And when the head of the CIA and the [Australian] prime minister have got each other on speed dial that just shows you how close this relationship is.

"You know, it’s long overdue that we stopped being lickspittles for the US and actually stood up and had an independent foreign policy. By all means, we should be friends with our allies, as we have been for many, many generations.

"But we’ve also got to be independent and we’ve got to think independent. And that means standing up for an Australian citizen, and this gross abuse of power and injustice that’s been going on for way too long."

More in this category: « IDeaS and RMS Cloud enhance technology partnership to further automation of pricing decisions Meta COO Sandberg urged to quit over pressuring Daily Mail to drop story »
Share News tips for the iTWire Journalists? Your tip will be anonymous