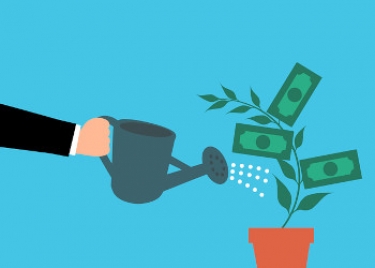 The Australian Information Industry Association says there is no clear roadmap and engagement and exit strategy for technology businesses in Victoria.

The organisation, the main lobby group for the tech industry, said in a statement on Thursday that the conclusions were drawn after a survey of its Victorian members that indicated the stage 4 lockdown had had what it characterised as "a dramatic impact" on the Victorian tech sector.

The AIIA released the results of its survey on Thursday after a meeting with the state's Employment, Innovation, Medical Research and Digital Economy Minister Jaala Pulford.

It showed that 70% of its Victorian members were of the opinion that the State Government had not outlined a clear path out of the lockdown that made them confident about the future.

The survey was conducted by sending a direct email to Victorian members in the second week of September, asking them to complete via an online survey platform anonymously 11 questions based on the lockdown and the impact on their business and where government should invest for recovery.

The AIIA was asked how many organisations took part in the survey and also how many members it had in Victoria. No figures have been provided as yet.

The survey showed that 65% of tech companies in Victoria, many of which are SMEs and professional services companies, are doing worse under existing restrictions, with drops in revenue (69%) the biggest area of concern followed by business continuity (41%) and the viability of businesses (25%).

Other issues which were of concern were workforce reductions, with 38% sure they would have to cut staff while another 28% were insure. State border closures were also cited as having an effect on business.

AIIA chief executive Ron Gauci said, “We knew from talking to members daily and speaking to the broader business community that there was frustration with the lack of a clear roadmap,
consultation and engagement and exit strategy for Victorian business.

"What this AIIA data shows is that this is, in fact, the case and it also suggests that jobs have been lost and the adverse impact on businesses will continue long after restrictions are relaxed.

“The survey results and its messages are clear, we are pleased that in Minister Pulford we have an active and engaged minister who has committed to working with the AIIA and the sector to delivery targeted policies that support the local economy and jobs.

“It is no surprise that our members see that accelerating digital investment to aid recovery in Victoria is vital with 85% agreeing, but the main area of focus suggested by members was that the Victorian Government invest in much needed digitisation projects (81%)."

More in this category: « Zag, Hydro Tasmania overcome pandemic to deliver ERP systems conversion to S/4HANA remotely Telstra and Microsoft: partnership extended as Telstra bets its future on Microsoft's ability to deliver »
Share News tips for the iTWire Journalists? Your tip will be anonymous