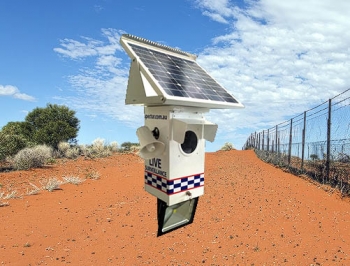 Perth-headquartered security technology company Spectur has announced an IPO to raise $4.5 million, ahead of its planned listing on the Australian Stock Exchange.

Under the IPO, shares in Spectur will be offered at 0.20c each and the company will list at a market cap at the issue price of $8.2 million if the full amount of the offer, which opens on 27 June, is raised.

Managing director Peter Holton says the funds are primarily intended to be used to expand Spectur's operations into all states and territories, and towards eventual expansion internationally.

Until recently, during its development phases, Spectur has confined its business to Western Australia, but says it is now setting up operations in Victoria, with plans to establish a presence in NSW due to market demand.

The company says it is already generating revenues, which are forecast to be $1,325,000 for the 12 months to the end of June.

The company estimates the market size in Australasia for video surveillance and VSaaS is to be valued at approximately US$0.73 billion in 2016, with an estimated growth to US$3.31 billion in 2025.

The lead manager to the IPO is Perth-based investment and advisory firm, Alto Capital.