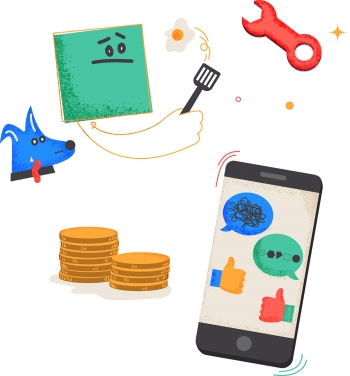 Sharing services marketplace ShareRing is seeking business concepts from start-up companies that can be built into the sharing economy as part of its Pitchfest programme, with selected businesses gaining the chance to pitch their ideas to investors in Hong Kong.

ShareRing, which offers a token-based platform for the exchange of assets without exchanging money, is on the hunt for two creative start-ups in the sharing economy to be part of its pilot programme, with the successful companies getting the opportunity to present a five-minute business pitch to an audience of 120 people.

ShareRing says it will share its expertise with successful applicants to further develop their idea following the Hong Kong event, and once their business goes live on the ShareRing platform, they will be awarded one million ShareRing Tokens on the ShareLedger.

According to ShareRing it is looking for a business concept that:

Founded in 2017 by Australian co-founders, Tim Bos, Rohan LePage, Peter David and Neville Christie, ShareRing announced in March it had closed a $3.8 million capital raise, coinciding with the launch off its Token Generation Event with an aim to issue four billion tokens, with a hard cap of $62 million, through the sale of its utility token ShareToken.

Apart from LePage, the team behind ShareRing is also the founding team of Keaz, a global white label, car-sharing solution that boasts more than 300 car-sharing and vehicle mobility locations in its worldwide network, partnering with names such as Toyota, Telstra, Envoy and Merchants Fleet Management.