Retail affiliate marketing on the rise 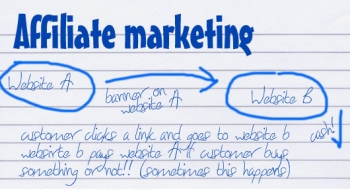 Advertising in the online retail sector is booming, with new research showing affliliate marketing has attracted a raft of new advertisers in the past year, especially from the retail sector.

Affiliate marketing is a type of performance-based marketing in which a business rewards one or more affiliates for each visitor or customer brought by the affiliate's own marketing efforts, and is a common method of Internet marketing.

Almost a third of the respondents to the latest Australian Affiliate Benchmarking Survey, conducted by research group edentify and commissioned by advertising company dgm, said they were new to the channel, having used affiliate marketing for less than 12 months (compared to 13% last year). This is reflected in the average monthly spend on the channel, with 55% spending less than $5,000 a month in this survey compared to just 22% last survey.

dgm CEO John Matthews said while online retailers were expecting growth for the coming year they were cautious to spend, but knew what they were doing when it came to marketing strategies.

“The majority of new users responding to the survey this year were from the retail sector, with a large proportion specifically from fashion retail. While their average spend is still quite low, these retailers are exhibiting a sophisticated understanding of how the affiliate channel works," he said.

Eight in 10 respondents said they weren't capping their spend on affiliate marketing, compared to almost 5 in 10 last year, which represents an "important attitude that the channel is more closely related to sales than marketing" according to dgm, as publishers are only paid once a transaction is verified.

16% of respondents said they take their spend for affiliate marketing from their ecommerce budget – rather than the marketing budget which was the most common response in the previous survey.

Retailers in the survey reported using a wide range of affiliate types. While comparison engines, content and coupons had the lion’s share for retailers last year, in this report there was a more even spread across other types of affiliate including cash back, loyalty, aggregators and affiliate search.

In particular, retailers are driving growth in content as they seek exposure for their products in blogs and other content-rich environments.

Direct advertisers, however, were more likely this year to report a higher percentage spend on affiliate compared to other online channels, at 43% this year versus 29% last year.

Check out the report in full here.

More in this category: « Customers number one, says Thodey, as Telstra rolls out Digital First strategy Supanews doing super well »
Share News tips for the iTWire Journalists? Your tip will be anonymous