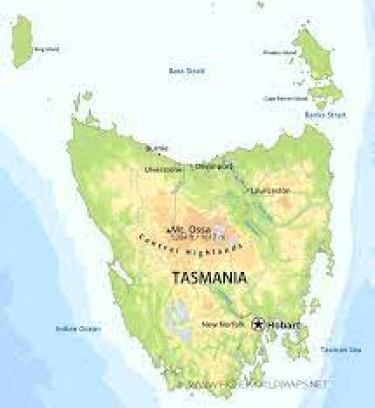 Digital Tasmania says that ahead of the 2022 Federal Election, major parties and independent candidates should commit to specific or in-principle support of new fibre optic cable proposals.

According to the action group, currently several proposals are in planning stages which would connect Tasmania to the mainland and New Zealand, but they need underwriting by government to ensure they are built in the near future:

“New connections to Tasmania are long overdue; with current cable systems aging, previous requests for support declined and the near total reliance of our modern society on this infrastructure. These new connections to Tasmania need financial support because they are otherwise unviable for commercial operators to build and maintain,” says Digital Tasmania spokesperson Andrew Connor.

Digital Tasmania says the amount of support required for these proposals is estimated at around $40 million - and a conservative estimate of the cost of the 6 hour telco outage in March 2022 to the Tasmanian economy is $15 million.

“Tasmania has previously missed out on Federal government support for connections such as this, with the Regional Backbone Blackspots Program building many thousands of kilometers of cables around the country, but none into or within Tasmania. Similarly, the Australian government has funded new sub-sea cables to the Solomon Islands and Papua New Guinea in recent years,” Digital Tasmania notes.

“Tasmania’s near-total communications outage in March illustrated the widespread dependence on telecommunication and eCommerce services used by consumers as well as management of critical infrastructure such as water and power assets.

“Additional cables to Tasmania, particularly those that connect into different locations than current cables, provides for greatly improved reliability.”

Digital Tasmania notes that it has long highlighted the risks of Tasmania having limited connectivity to the world, both in terms of reliability and for competitive access.

“Failing to support new connections to Tasmania after a major outage just months ago would be a lost lesson and opportunity… without additional connections a natural disaster or underwater damage to current cables may involve much longer outages for Tasmanians,” concluded Andrew Connor.

More in this category: « Telstra, Google, and Accenture develop 5G-powered augmented reality for AFL fans Shopify to support once again Victorian businesses »
Share News tips for the iTWire Journalists? Your tip will be anonymous