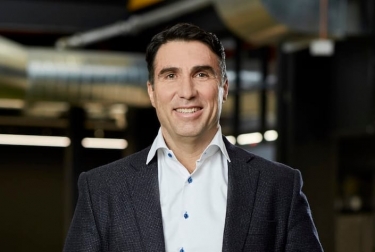 MYOB is looking beyond core accounting functions and is also aiming to deliver new features on a more regular basis.

Recently appointed MYOB CEO Greg Ellis said the company's business is largely about "helping money flow freely around the economy" and that top-tier private equity ownership is a superior model for MYOB as it allows a focus on value creation and on developing a sustainable business.

MYOB hasn't delivered the right product set as quickly as it should have. "I think our focus has been too much on accounting," he said. That should be the core, but need other functions tightly integrated around it.

MYOB is the only company putting money into what it calls the Connected Practice - minimising the manual work done by accountants. Leaving customers to do their own integration with other vendors' products is a "silent killer", said Ellis: if one of those vendors decides to go in a different direction, that can be "like pulling out the foundation of your house."

But MYOB is building public APIs to allow easier integration. There will be some deep integrations where MYOB enters into a long-term agreement with or takes an equity position in the other vendor, as well as an option for completely third-party integrations.

"That's a big change for the company," and one that would be more difficult to do as a public company than it is under KKR's ownership.

Xero's approach reduces the time to market as well as the capital requirement, but MYOB's is better for accountants and bookkeepers as more information is more closely integrated, he asserted.

MYOB will return to releasing new functionality every 90 days, he promised. While the majority of new development will be for the cloud products (upgrades for MYOB Essentials and MYOB Practice were revealed today), desktop software will be around for years.

However, the AccountEdge accounting software for macOS seems to be reaching the end of its life. The company recently announced that it would not be made compatible with Catalina, the current version of macOS, apparently because it is too hard to produce a 64-bit version. Ellis expects around 60% of users to move to MYOB Essentials but didn't predict what would happen to the other 40% or so.

On the other hand, MYOB will start work on a new application for sole traders once it has delivered previously-promised features for existing product - some of which were revealed today ahead of the company's Incite 2020 roadshow which starts in Brisbane on 31 January.

Such microbusiness software isn't particularly profitable, he said, but this is where many businesses are born. Furthermore, MYOB needs to address the needs of the gig economy.

More generally, "we've got the right ingredients but we've got to get sharper... our delivery hasn't been good enough."

Ellis also pointed to the way MYOB has not got value for money from its R&D efforts in recent years, both in terms of looking at the wrong things and in failing to operationalise what was learned.

"I really hate the expression 'fail fast'," he said, as that implies you didn't know what you were doing in the first place. Rather, he wants to see the company get at least 80% right the first time, and then evolve products from there.