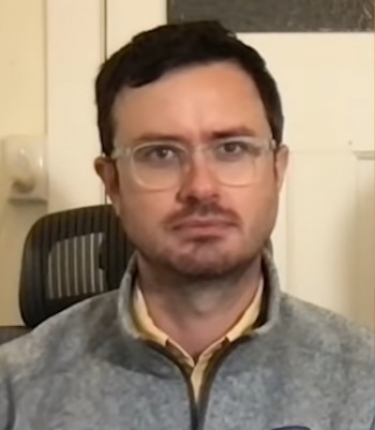 Gabriel Shipton says he is getting conflicting signals from the Labor government about his brother's case. Courtesy YouTube

Mexico has awarded WikiLeaks founder and publisher Julian Assange the keys to its capital, Mexico City, in its latest move to celebrate the Australian's journalism and pressure the Biden administration to act on the pending extradition case.

But while a country so far away, and on the US border too, is doing this, it is passing strange that Australia, the country of which Assange is a citizen, is doing little or nothing to push for his freedom, his brother, Gabriel Shipton told iTWire on Friday.

Shipton, who is in Mexico at the moment, said there had been conflicting messages from the Albanese government which had, prior to being elected, hinted that quiet diplomacy would be undertaken to gain Assange's freedom.

Prime Minister Anthony Albanese hinted before the election that Assange's protracted judicial proceedings should be ended. When he was asked about it after the election, he responded that diplomacy was not conducted over a megaphone.

Shipton said Albanese's words about his brother were more or less "an election promise". But at the beginning of August, when Labor Senator Don Farrell had been contacted to inquire if any moves had been made towards freeing Assange, he had said Australia could not interfere in court proceedings of other countries, a similar statement to that which was made by the previous Morrison government on more than one occasion.

@Claudiashein leading the way by presenting the keys to Mexico City to Julian Assange. #FreeAssangeNow . pic.twitter.com/ewqKNxf9Ik

Assange is being held in the maximum security Belmarsh Prison in the UK, pending a decision on his request to appeal to the UK High Court against his extradition to the US which was approved by then British Home Minister Priti Patel on 17 June.

Shipton said no decision was expected this year as the US had sought 12 weeks, four more than it normally is given, to respond to Assange's arguments seeking permission for a High Court appeal.

He said he had last seen Assange in July; the prolonged court process was clearly wearing down the WikiLeaks founder, Shipton said, adding that he was simply amazed at the resilience that he (Assange) had shown so far.

Shipton said he had spoken to independent Australian MP Andrew Wilkie some time ago and been advised that a group known as the Friends of Julian Assange, which consisted of 31 MPs before the 21 May election, was being reconstituted to continue the campaign for Assange's release.

He said supporters were continuing to lobby the Australian government to do something about Assange, pointing out Mexican President Andrés Manuel López Obrador had raised the issue both with US President Joe Biden and US Secretary of State Antony Blinken. López Obrador has also extended an offer of asylum to Assange.

In August, lawyers acting for Assange filed a suit against the CIA, its director at the time Mike Pompeo and security firm UC Global for allegedly spying on the WikiLeaks publisher and his visitors while he was taking refuge in the Ecuador embassy in London.

The suit seeks compensatory and punitive damages for the plaintiffs for the alleged violation of their rights.

It also seeks the removal of any information held by the CIA which was collected from them during their visits to see Assange and prevention of the release of any this information to a third party.

Gabriel Shipton says he is getting conflicting signals from the Labor government about his brother's case.

More in this category: « Open-source technology founder Dr Sanjiva Weerawarana to visit Australia
Share News tips for the iTWire Journalists? Your tip will be anonymous