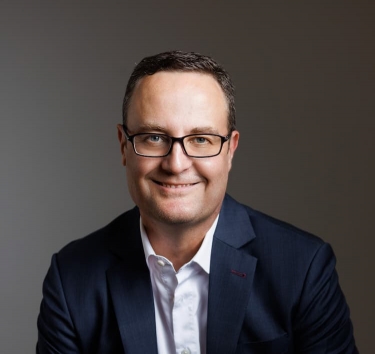 There's a new name in the security market. Trellix focusses on extended detection and response, and brings together two familiar companies.

Trellix is the result of the merger of McAfee Enterprise and FireEye under the ownership of Symphony Technology Group (STG), which was announced in October 2021.

"We are incredibly excited to have Trellix in the STG portfolio," said STG managing partner William Chisholm.

According to the company, the name Trellix is supposed to evoke the idea of a trellis – "a strong and safe framework used to support structured growth of climbing plants and trees."

Trellix APAC vice president Craig Nielsen told iTWIre that the integration of McAfee and FireEye products is moving ahead, and a roadmap will appear in the coming weeks or months.

"We've been working on this for a very long time," he said.

Nielsen noted that organisations' reliance on "static and siloed security" is not protecting them against the sophistication, severity, scale and frequency of today's cyber attacks.

Security systems need to be able to adapt, learn and respond to attacks, taking advantage of internal and external threat intelligence.

Trellix's XDR ecosystem has the capability to ingest over six hundred native and open security technologies, and the comprehensive threat context it delivers means analysts can save time and act decisively to remediate threats.

This open XDR platform means Trellix can "meet [customers] where they are," Nielsen said.

The combination of telemetry from multiple control points, threat intelligence (from the company's 900 analysts and researchers), artificial intelligence and data science "allows customers to take highly contextual action" to detect breaches, prioritise them, prescribe the appropriate action, and then remediate the situation using as much automation as possible, he explained.

Nielsen said he had recently spoken to the CIOs of three substantial Australian organisations, and they all said they were struggling to cope with the number of alerts and the number of cases their teams have to deal with, and they want to be sure their resources are being applied to the areas that present the greatest risk. Automation helps ensure that happens, he said.

Local organisational changes at Trellix have only just begun, with Nielsen leading the Australian business as part of his responsibilities.

The next layer of the former McAfee and FireEye teams will be reorganised in the months ahead, but "the intent is to move as quickly as possible," he said.

It sounds as if there will be little impact on the existing channels.

"Trellix has a strong channel DNS," said Nielsen, noting that the overlap between the two companies' channels is only 30% or so.

All existing channel programs will be available to partners on both sides until Trellix unifies its programs later this year.

The goal is that the transition from McAfee and FireEye to Trellix should be "almost invisible" to customers and partners.

The two companies have seen good growth in Australia in the past year, and Nielsen expects that to continue. "We want to grow faster than market... and we think we're in a good position to do so."

There's plenty of room for growth, he said, because according to Gartner there is only 5% penetration of the XDR market.

More in this category: « The Engenco Group deploys SugarCRM to analyse customer data How the pandemic is prompting the ‘re-networking’ of corporate offices »
Share News tips for the iTWire Journalists? Your tip will be anonymous