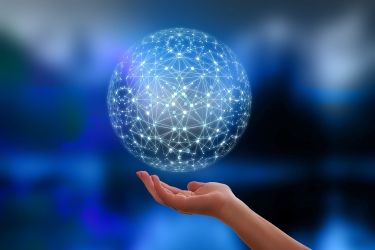 Only 0.1% (30,000) of the 30 million software developers worldwide are active in web3. To court more developers, various web3 networks and protocols announce over $9 billion worth of ecosystem development funds in the last year including Avalanche ($200 million), Harmony ($300 million), Algorand ($500 million), and Tron’s $1,111,111 ecosystem fund.

Despite the current market turmoil, Metarise thinks that web3 is tipped to become a multi-trillion-dollar industry by 2030, and will be seen as a lucrative career option for developers.

However, there is a talent crisis, according to Metarise co-founder Steve Glaveski.

The program will mentor and coach the startups on market validation, project design, token economics and minting, community building, and more.

It has recruited veterans from tech companies Dapper Labs, Harmony, Enjin, MintGate, and The Sandbox.

“The timing is perfect for the next generation of builders to make their mark on the world and we want to help them do what they do best,” says Dao Under's Abhi Maran.

Metarise is using token economies and its accelerator model makes it distinct from other accelerator programs, says Glaveski.

“All of our accelerator contributors - startups, coaches, mentors, advisors, and so on - will receive our native token, which will give them exposure to our participating startup token pool, and a share in the upside. Web3 is at its core about aligning incentives in a way that better coordinates capital and resources towards common goals, and Metarise is true to that ethos.”

With experience running web2 accelerators in collaboration with Microsoft, Village Roadshow, Charter Hall, and Mills Oakley, Metarise’ Launchpad will be run with Dao Under, a community of web3 enthusiasts from across Australia and Asia, and with Metavise, a web3 agency that helps brands get into metaverse.

“We’ve not even scratched the surface of the technology’s immense potential, but through initiatives like this we’re helping to turn theoretical potential into practical reality,” says Labrys founder and executive director Lachlan Feeney.

Since 2017, Metarise’s parent company Collective Campus has incubated and mentored 90 startups that have raised a total of $185 million. The company claims its portfolio valuation is 3x grater than at program admission.

Earlier this year, it helped Creso Pharma navigate its way into the metaverse.

Applications for the Launchpad open on 16 May for startups across Australia and New Zealand, and the first cohort is set to kick off in Q3. Interested startups can apply here.