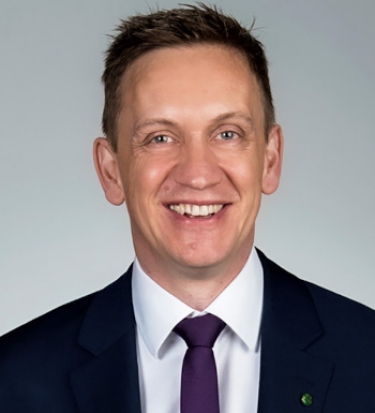 Julian Hill: "Julian Assange is an Australian citizen. He has never been convicted of any crime." Courtesy Julian Hill's website

A federal Labor MP has called for WikiLeaks founder Julian Assange to be brought home to avoid his possible extradition to the US to face alleged charges of espionage.

Julian Hill, the member for Bruce, told Parliament on Thursday in an impassioned statement that Assange was still locked up even though he had never been convicted of any crime.

"Julian Assange is an Australian citizen. He has never been convicted of any crime," Hill said. "Yet he has been locked up and confined for years, facing extradition to the US and an effective death sentence, on trumped-up, politically motivated charges.

"Two months ago, a UK court found on humanitarian and health grounds that he should not be extradited to the US.

"Yet still, today, bail is withheld and Julian is locked up, isolated in a maximum security UK prison with murderers and rapists, at risk of death from COVID-19 because of his conditions. His health continues to deteriorate."

Labor calls on Scott Morrison to bring this to an end.

On 4 January, British District Judge Vanessa Baraister ruled that Assange should not be extradited to the US, saying the risk he would commit suicide in an American jail were too high.

The Australian faces criminal charges for publishing classified information that was leaked to WikiLeaks by an American soldier, then known as Bradley Manning, but now, after gender reassignment surgery, known as Chelsea Manning.

After saying it would be doing so, the administration of Joe Biden confirmed on 10 February that it would be continuing its bid to extradite Assange.

Hill said: "As the Labor leader [Anthony Albanese] has said clearly, this has gone on for long enough. The Prime Minister [Scott Morrison] and his 'do-nothing' Foreign Minister [Marise Payne] need to act now to bring Julian Assange home and prevent his extradition to the US.

"I want to remind everyone it’s been 2 years since Julian Assange has been in a high security prison.

He faces 175 years in prison for the same reason he has been nominated for the Nobel Peace Prize."—@suigenerisjen https://t.co/UjanFKsqi7 #FreeAssangeNOW #JournalismIsNotACrime pic.twitter.com/eKBZkZzSXk

"His health and his life depend on it - as the UK court found. If Assange is extradited to the US, he will face extreme isolation for 175 years. And, charges carrying the death penalty could be laid once his feet are on US soil.

"No national security defendant has ever succeeded in the Eastern District Court of Virginia [the court where Assange is to be tried if extradited]. Assange would be buried alive in the US justice system. Ironically, treated worse than those responsible for America's war crimes in Iraq and Guantanamo Bay, which he and WikiLeaks exposed."

"Should he even survive, his case would circle the US justice system for years and decades, as lawyers, academics and judges argued over whether the cherished First Amendment rights even extended to him."

Assange has been given time until 29 March to respond to the US appeal to revoke the British judge's decision.