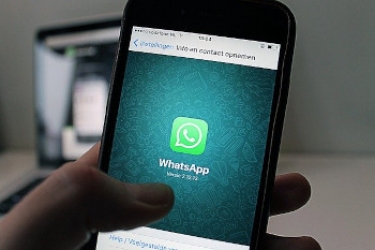 Image by antonbe from Pixabay

India has given WhatsApp, which is owned by social media giant Facebook, permission to start a payments service in the country, with the rollout initially limited to 20 million users.

In a statement, the National Payments Corporation of India, an umbrella organisation for operating retail payments and settlement systems, said: “WhatsApp can expand its Unified Payments Interface (UPI) user base in a graded manner starting with a maximum registered user base of 20 million."

This is the latest bid by Facebook to capitalise on WhatsApp's huge user base to make money. WhatsApp has more than 400 million users in India, its biggest market, and will have to compete with Google Pay, the Softbank- and Alibaba-backed Paytm and Walmart’s PhonePe in the payments space.

In 2018, Facebook increased the functionality of the WhatsApp Business app that it has been testing for a few months, allowing companies to send messages to customers through the app.

The original founders of the app, Jan Koum and Brian Acton always made no secret of their distaste for invading people's privacy and also for advertising.

In June 2018, there was a hint that Facebook would look to profit off WhatsApp when the messy details of the break-up between the WhatsApp founders and Facebook were revealed.

Facebook's Mark Zuckerberg and his chief operating officer, Sheryl Sandberg, put pressure on Koum and Acton and finally the two left the company in disgust. Zuckerberg and Sandberg "grew impatient for a greater return on the company’s 2014 blockbuster US$22 billion purchase".

"Facebook Ads that click to WhatsApp help people discover your business, help you engage with them to explain your product or service and grow a relationship," the company said in a post on 1 August 2018.

"You will continue to have full control over the messages you receive. Businesses will pay to send certain messages so they are selective and your chats don't get cluttered."

The provision of payments through WhatsApp appears to be the second step in monetising the app which provides a means for end-to-end encrypted communications.

Data on the NPCI website said UPI, one of India the retail payment products which include RuPay card, Immediate Payment Service, Bharat Interface for Money, BHIM Aadhaar, National Electronic Toll Collection (NETC Fastag) and Bharat BillPay, had processed more than 1.8 billion transactions in September, up from 1.6 billion in August.

More in this category: « NNNCo goes live in Greater Sydney with expanded IoT network Lenovo looks towards a post-COVID world »
Share News tips for the iTWire Journalists? Your tip will be anonymous