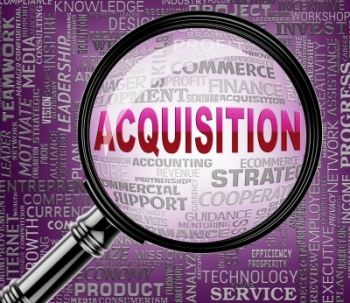 IBM’s acquisition of Red Hat for US$34 billion is a win-win for both companies, according to analyst firm GlobalData, and will give IBM a solid bridge between its existing on-premise hardware and its global cloud platform.

But, despite its endorsement of the deal, GlobalData says the long-term and most profound ramifications of the deal will be felt within the Linux and broader open source communities.

Brad Shimmin, service director for Technology and Software at GlobalData, says, “Hopefully, IBM will allow Red Hat engineers to continue prioritising upstream contributions, regardless of whether or not those are in the best interest of IBM's bottom line.

“If not, the driving force Fedora and Red Hat Enterprise Linux will very likely shift toward rival distributions like Debian, CentOS,  OpenSUSE, Ubuntu, Gentoo, or perhaps some as yet unrealised new opportunity."

Last week’s announcement of the acquisition said IBM would acquire all of the issued and outstanding common shares of Red Hat for US$190 per share in cash.

“The acquisition of Red Hat is a game-changer. It changes everything about the cloud market,” said Ginni Rometty, IBM chairman, president and chief executive.

“IBM will become the world’s #1 hybrid cloud provider, offering companies the only open cloud solution that will unlock the full value of the cloud for their businesses.

“Most companies today are only 20% along their cloud journey, renting compute power to cut costs.”

Chris Drake, principal analyst for Data Centre Technology at GlobalData, said, “Although IBM and Red Hat will be strongly positioned to address data portability and security issues, and accelerate hybrid multi-cloud adoption, there are questions about how they plan to do this and how this transaction will impact IBM's main hybrid cloud play — IBM Cloud Private — which they announced last year.

“IBM has expressed plans to continue building and enhancing Red Hat partnerships, including those with major cloud providers such as Amazon Web Services, Microsoft, Oracle, Cisco, Google and Alibaba. Does this mean that IBM will promote equal access to these additional public clouds as part of its Cloud Private offering and, if so, how will it do this?

“There is also a lot of speculation as to how this transaction will position IBM as ‘the world's #1 hybrid cloud provider’ in an emerging $1tn growth market. However, hybrid cloud is a fast-changing market that is being targeted by a growing number of major players. In addition, several large infrastructure vendors, including Dell EMC, HPE, Huawei and Cisco, have more than one hybrid cloud offering.

“Red Hat has been reporting strong hybrid cloud growth based on its OpenStack and OpenShift solutions. It's unlikely that IBM would want to disrupt this growth and may therefore use the acquisition to develop a more differentiated range of hybrid cloud solutions.”

More in this category: « ITU shines light on Moscow’s ‘smart city’ strategy Cisco laying off hundreds of staff: claim »
Share News tips for the iTWire Journalists? Your tip will be anonymous