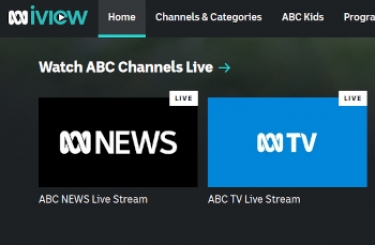 The Australian Government has washed its hands of any decision the ABC might make about compulsory logins for its iview service, saying the taxpayer-funded broadcaster has content and operational independence to do what it likes.

iview is a service that allows viewers to see programs that have already been broadcast, or in some case which are yet to go to air. All content provided is paid for with taxpayer funds as the ABC is a government-owned body.

A spokesperson from the Department of Communications told iTWire in response to a query about the issue: "While the Australian Government provides an overall level of funding to the ABC, the broadcaster has content and operational independence.

"Parliament has guaranteed this independence so the broadcaster’s decisions are free of political interference. Matters relating to iview account management are the responsibility of the ABC Board and executive.

"The ABC is accountable to the Parliament through annual reports, corporate plans, financial and performance audits and appearances before Parliamentary Committees."

The government's views were sought after the ABC reiterated its stance that it would go ahead with making logins compulsory for using iview, with the same to be implemented during the view.

It is not uncommon for the government to voice its views on ABC decisions, with many of the broadcaster's moves being criticised over the years.

But on this issue, one which concerns user data and user privacy, the government has chosen to keep silent.

Last year, when iTWire asked the ABC whether it shared iview user data with Google and Facebook — it has agreements with both companies under the government's media laws — the company was unwilling to give a definite answer.

Following an FOIA request by security researcher Dr Vanessa Teague last year, it emerged that the iview user data collected by the ABC through Google Analytics was being stored in the US.

More in this category: « Assange given leave to ask UK Supreme Court for appeal hearing NEC seeks the future at Celestino's Sydney Science Park »
Share News tips for the iTWire Journalists? Your tip will be anonymous