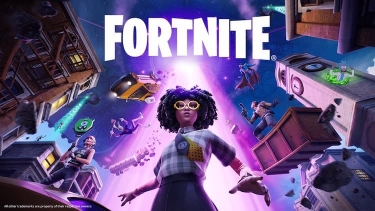 The Federal Court has ruled that Epic Games v Apple should be heard in Australia.

Epic Games, the company behind the very successful Fortnight game, sued Apple in a US District Court over its App Store practices, notably the 30% fee for in-app purchases and a refusal to allow developers to use their own in-app purchasing mechanisms.

That court case has been concluded but a verdict has yet to be delivered.

Epic brought a separate action against Apple in Australia, alleging Apple's practices were in breach of consumer and competition laws. Apple successfully argued that the US case was sufficient, but the Federal Court has now upheld Epic's appeal that the Australian case should proceed.

A statement from the company said “This is a positive step forward for Australian consumers and developers, who are entitled to fair access and competitive pricing across mobile app stores.

“We look forward to continuing our fight for increased competition in app distribution and payment processing in Australia and around the world.”

Apple responded to the decision saying "The initial decision in April from Australia's Federal Court correctly ruled that Epic should be held to the agreement it made to resolve disputes in California. We respectfully disagree with the ruling made today and plan to appeal."

ACCC chair Rod Sims said "The ACCC welcomes the Full Court’s decision on this appeal, which means that Epic Games’ case against Apple alleging contraventions of Australia competition law will now be heard in Australia, not in the US.

"The Full Court found that, contrary to the primary judge’s findings, Epic had demonstrated that there were strong public policy reasons to refuse the stay. This included the fact that the outcome of the proceeding would impact Australian consumers.

Sims said the ACCC told the appeal court that there are public policy reasons why Australian competition law cases that deal with conduct that impacts on Australian markets and Australian consumers should be heard in Australia by Australian courts.

"The ACCC’s role as an intervener in the appeal has now ceased," he added, but "We will continue to take a strong interest in this case, which raises important issues for competition in the digital marketplace."

Epic is running a similar case against Google, alleging that Google Play rules around payment processing and app distribution breach Australian Consumer Law and the Competition and Consumer Act.

More in this category: « UST Australia works with Indigenous communities to ‘close gap’ on IT industry participation in communities Financial organisations recognise tech investment needed for future risk management »
Share News tips for the iTWire Journalists? Your tip will be anonymous