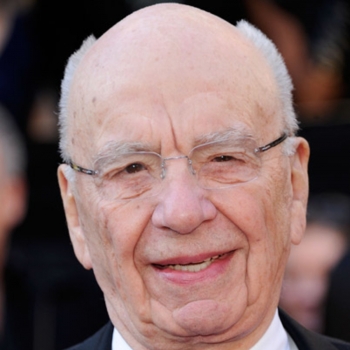 Global entertainment and film giant Walt Disney is buying the Rupert Murdoch owned 21st Century Fox business for US52.4 billion in a move which both companies say sets them up to better compete in the growing internet streaming entertainment market.

The deal, which includes Fox's film and television studios, as well as its 39% stake in satellite broadcaster Sky, will see Rupert Murdoch retain ownership of his considerable global newspaper assets.

Fox shareholders, who include the Murdochs, will get a 25% stake in the larger Disney.

And Fox has said it will form a news-focused company with its remaining assets.

The 86-year old media mogul Murdoch – Australian born but now a US citizen – told the BBC that the break-up of Fox makes sense amid new threats from online advertising and competitors who are streaming entertainment into homes via the internet.

"With today's announcement, we launch the next great leg of our journey," Rupert Murdoch said on Thursday in a call for investors, reports the BBC.

"Are we retreating? Absolutely not," Murdoch is reported as saying.

The deal – slated to be completed in 12 to 18 months - adds to Disney's back catalogue high-grossing films such as the original Star Wars movies, the Marvel superhero pictures, Avatar and Deadpool, as well as TV hits such as Modern Family and The Simpsons.

The BBC report also says the deal expands Disney's offerings with the FX and National Geographic cable channels, and Fox's regional sports network in the US – and extends Disney's global reach, adding media company Star India and Fox's interests in Sky plc and Tata Sky to its portfolio.

Disney will assume US$13.7bn in Fox debt as part of the stock deal, taking the total value of the transaction to more than $66bn.

And in a look into the future, The Age newspaper reports The Simpsons (one of the top rating programs in the Fox stable) had depicted in an episode the day that it would be owned by Disney.

On Friday morning, the longest-running prime-time show tweeted a throwback image to its 1998 episode When You Dish Upon A Star, in which Homer becomes a personal assistant to Alec Baldwin and Kim Basinger, who are escaping the showbiz glare in Springfield.

And, beneath a Twentieth Century Fox logo can be glimpsed the line: "A division of Walt Disney Co."

The BBC report notes that Disney already owns a vast array of news, film and leisure companies, but the media landscape is changing as technology companies like Amazon and Netflix attract customers to new ways of viewing.

“Disney is investing heavily in online streaming platforms, as a way to counter a downturn in its pay-TV business and threats from these new rivals.

“The firm believes this deal will give it the scale to compete, and expects to wring "at least" $2bn in cost-savings out of the new company to boot,” the BBC says.

Rupert Murdoch’s son Lachlan Murdoch is quoted as saying that "while the merged business is about scale, the new Fox is about returning to our roots as a lean, aggressive, challenger brand."

According to the BBC, most observers expected Rupert Murdoch to hand over his media empire to his two sons James and Lachlan, and that the decision to break it up came as something of a surprise.

“The management of the new Fox company is still being discussed. But Rupert Murdoch told Sky he hopes his elder son, Lachlan, will become chief executive. James has been widely tipped to take on a senior role at Disney,” the BBC reports.

More in this category: « Adelaide Uni meets supercomputer demand with $1 million in new funding From humans to pets as Kogan expands insurance business »
Share News tips for the iTWire Journalists? Your tip will be anonymous