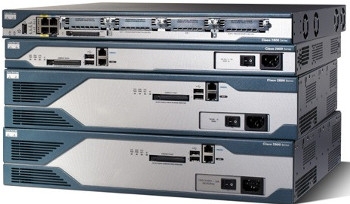 Global networking giant Cisco is cutting hundreds of full-time staff, with one employee saying on the Web forum thelayoff.com that his team was told about being sacked by the vice-president of the section.

In an anonymous posting, this employee wrote: "Our entire 200-300 person team received a 1:M invite from our VP to find out everyone was being let go. Figured the news couldn't be too bad since everyone was on the invite, but that changed fast in the first minute of the call.

"Hope this isn't the case for you here... if it is, that LR taught me things I have never forgotten about how little a company really cares for you and how important it is to ALWAYS have your personal financial situation under control (emergency savings & minimal debt as possible).

"Layoffs will always be a part of large organisations - Cisco is no different (even though they seem to love LRs), the best we can do is get ourselves prepared personally to react to it - ironically, this was the most valuable lesson I learned @ Cisco - a lesson that had nothing to do with networking."

iTWire contacted Cisco for comment early this morning, but has yet to hear back from the company.

Another employee claimed the Cisco Certified Internetwork Expert program was being cut back.

"I just heard that the CCIE lab program is being cut back. Cisco is shutting down the labs in RTP and SJC. As of Dec/Jan there will be ONE location in the US to take the CCIE Lab and that’s in Richardson, TX," this employee wrote.

A third employee said layoffs were taking place at many places. "SJ BLDG K Floor 2 and 3 were hit. VPN team is gone, WSA team is gone, FTD team in Maryland you know the guys who actually understand the product are gone, someone hit in Phoenix AZ. I was one of those impacted. Every year I have been at Cisco a layoff. Pretty sad. We deserve better."

Another employee speculated that the layoffs had taken place this week so that news of the same would be buried by news about the US mid-term polls.

"For layoffs this scale, I'm surprised there's barely any media coverage. All I could find were two articles that address the issue directly," this employee wrote.

"I'm starting to think the timing of this was intentional to coincide with elections and get buried among what most everybody will consider more important news."

Sales for the final quarter sales were up 6% and the big profit drop was due to a US$10 billion tax-related charge.

More in this category: « IBM-Red Hat deal gets thumbs up, but questions remain, says analyst Microsoft partners NSW Dept of Education in indigenous language project »
Share News tips for the iTWire Journalists? Your tip will be anonymous