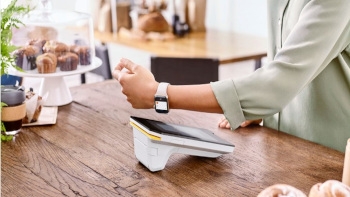 The Commonwealth Bank appears to have thrown in the towel as far as keeping Apple Pay out goes, and has said the payment option will be made available to its own customers and those of Bankwest.

In a statement issued on Friday, the bank said this move constituted part of its "commitment to becoming a better, simpler bank and providing the best digital banking experience for our customers".

The CBA, along with Bendigo and Adelaide Bank, National Australia Bank and Westpac, attempted to cut a deal with Apple over Apple Pay, but the Australian Competition and Consumer Commission last year denied them the right to negotiate collectively.

ANZ was not part of this cartel, and has been offering Apple Pay since April 2016.

No mention was made of the tussle in Friday's statement. Angus Sullivan, group executive of Retail Banking Services at CBA, said: “We recently wrote to our customers asking them what the bank could do differently and we received lots of excellent suggestions.

“One of the things we heard repeatedly from our customers is that they want Apple Pay and we’re delighted to be making it available in January 2019.

“We are committed to making changes that benefit our customers and simplify our business. We will continue to look for more opportunities to innovate and listen, to ensure our customers get the best experience when they bank with us. Responding to customer demand for Apple Pay underscores our commitment to becoming a better, simpler bank.

“Launching Apple Pay, alongside our No.1 rated CommBank app, will ensure our customers have the very best mobile banking experience."

A survey conducted by analyst group Telsyte in February indicated the CBA customers were likely to switch banks if their existing bank did not provide their choice of payment mechanism.

When CBA was asked at the time about the reaction from customers, a spokesman told iTWire: "When customers consider who they want to bank with, they take into account a number of factors. A bank's digital banking and payments offering is an important factor.

"Our award-winning CommBank app is the number one free banking app in Australia, with 4.8 million CommBank app users able to take advantage of its tools including Spend Tracker and PayID."

Jennifer Bailey, Apple’s vice-president of Internet Services, said on Friday: “Apple Pay is the No.1 mobile contactless payment service worldwide and we are thrilled Commonwealth Bank customers will soon be able to benefit from a convenient and secure way to pay using the Apple devices they love or within their favourite apps or on the Web.”

It remains to be seen what Westpac and NAB will do with regards to Apple Pay. All four of the big banks offer Samsung Pay and NAB last month signed an agreement with Alipay to make the service available in 2019.

More in this category: « Invention could do away with airport security screening queues: researchers AIIA appoints seven board members, state council chairs »
Share News tips for the iTWire Journalists? Your tip will be anonymous