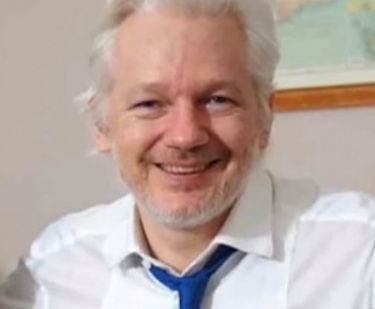 WikiLeaks founder and publisher Julian Assange has been given permission to make an appeal to the British Supreme Court to hear an appeal against his extradition to the US.

But he did not win on all the points raised by his legal team; the High Court on Monday turned down his request for a direct appeal to the Supreme Court, but said the latter court could now determine if it would hear the challenge.

One of three points raised by Assange's lawyers was granted: whether the High Court should have accepted assurances given the US Government about his treatment during a trial were he extradited.

The team had asked: "In what circumstances can an appellate court receive assurances from a requesting state which were not before the court of first instance in extradition proceeding?"

The High Court said it was not apparent that the Supreme Court had considered this question and granted Assange's team permission to make an application to clarify this point.

On 10 December 2021, a two-bench High Court panel reversed a 4 January lower court verdict to deny the US the right to extradite Assange to try him on criminal charges in Washington.

British District Judge Vanessa Baraister had ruled that Assange should not be extradited, saying the risk he would commit suicide in a US jail was too high.

While Assange's partner Stella Moris painted this as a victory, WikiLeaks official Kristinn Hrafnsson described it as a partial victory.

Reporters Without Borders Rebecca Vincent speaking today about Julian Assange's court victory: "This is a positive step but not far enough... this case is historical and will be hugely precedent setting... Julian Assange should be immediately released @RSF_inter #FreeAssangeNOW pic.twitter.com/SY0OleDXZM

More in this category: « Shanghai ranked world’s No1 Smart City for 2022 Government adopts hands-off attitude on ABC iview login move »
Share News tips for the iTWire Journalists? Your tip will be anonymous