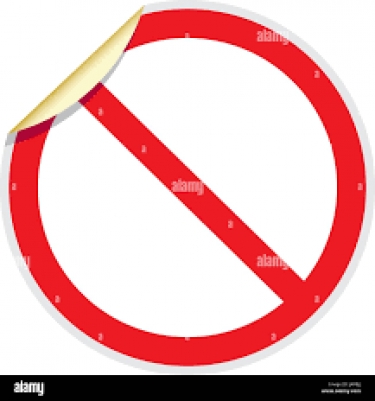 Manufacturers of chip-making equipment ASML has defied US bans on chip technology eports to china, according to data and analytics company GlobalData.

“With revenue growth reaccelerating in Q4 and a confident 2023 outlook, the company remains very well positioned.

“Its extreme ultraviolet lithography (EUV) machines, capable of manufacturing the smallest chips (i.e., 7, 5, and soon 3‑nanometer nodes), accounted for 49% of total system sales in Q4, just shy of Q3. Encouragingly, all five of its EUV customers have already placed orders for the most advanced High NA product offerings.

“While the quarterly decline in net bookings could be a concern, these are notoriously volatile and, on a yearly basis, were up 17%. ASML’s manufacturing technology leadership places it front and center of any country’s artificial intelligence (AI) strategy, as advanced AI chips require this miniaturisation level.

GlobalData report, ‘Artificial Intelligence (AI) Chips – Thematic Research’, predicts that the accelerating adoption of AI in commercial and military use cases will drive the global AI chips revenue at a compound annual growth rate of 30% from $12 billion in 2021 to $130 billion in 2030.

“The management’s outlook statement noted that customers expect a market rebound in the second half of 2023, so orders remain strong. Their description of the macroeconomic backdrop as uncertainty caused by a risk of recession suggests confidence levels are higher than at the end of last year when a recession was seen as inevitable. If the second half of 2023 sees a market rebound, ASML and TSMC will have weathered this downturn considerably better than the broader sector strengthening their position as top-quality semiconductor stocks in investors’ minds.

“That said, investors’ confidence in ASML’s ability to deliver on its 2023 outlook will hinge on two factors: potential escalation of the US/China trade dispute and the Dutch vendor's willingness to challenge US export bans. The management has been very vocal recently, specifically highlighting the uneven impact of the China export bans on ASML versus its US peers, such as Applied Materials, Lam Research, and KLA.

“However, ASML’s compliance is not merely a matter of goodwill due to political pressure. The US has full jurisdiction over ASML’s San Diego subsidiary Cymer—the sole intellectual property (IP) owner and manufacturer of critical component, laser produced plasma (LPP) EUV lithography light source— which means that Washington effectively holds the nuclear button. The US can significantly disrupt ASML’s EUV business if it does not comply with the export bans. Further, the impacts of such a scenario would not only affect ASML’s business in China—even if ‘de minimis rules’ may pose some complications.

“From a broader sector perspective, the fundamental question in the coming months is how sustainable is the compliance of ASML, TSMC, Samsung, and Canon to expanding US restrictions on the export of advanced chips and tools to China. Remaining neutral will become increasingly difficult for companies based in Taiwan, South Korea, the Netherlands, or Japan, despite the significant economic costs of not doing so.

“The US export bans on chip technology transcends the semiconductor industry. In GlobalData’s view, this is about AI dominance, which underpins what many call the fifth industrial revolution, and, ultimately, about global economic leadership in the next few decades.”

More in this category: « China 'pulls down Asia-Pacific deal' activity by 4.3% in 2022 Cross-border B2B Payments to Surpass $40 Trillion Globally by 2024, as Marketplace eCommerce Models Surge: Juniper Research »
Share News tips for the iTWire Journalists? Your tip will be anonymous