ABC says iview accounts meant to help users, but silent on why they are compulsory Featured 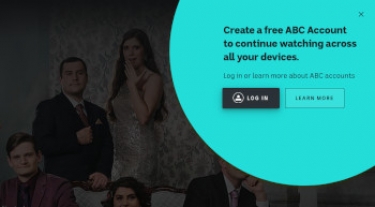 A screenshot from the iview homepage.

The ABC claims its move to make registration for iview users compulsory after 1 July is meant to help users in the wake of a survey carried out in 2020, but is silent when asked why, if this is the case, registration is not made voluntary.

iTWire sent a number of inquiries to the ABC, after publishing a story about the corporation's plans to insist on users of iview, a service that allows viewers to see programs that have already been broadcast, or in some case which are yet to go to air, creating accounts to access the service.

An ABC spokesperson responded to all the queries, and also sent a statement issued earlier by ABC Editorial Director Craig McMurtrie.

"A national survey of Australians about their use of video-on-demand services, conducted by the ABC in 2020, found that 95% of ABC iview users were interested in at least one personalisation feature, such as program watchlists, that would require logins, and that 74% agreed they were likely to create an ABC iview account," the statement said, in part.

"Almost two-thirds (65%) of ABC iview audiences understood they would need to provide some personal information to enjoy a VOD service that was personalised to their needs."

Asked how many users were surveyed, the spokesperson said 1527 people had responded to the survey which was claimed to be nationally representative.

However, when iTWire asked a follow-up question about why the registration was compulsory, the ABC did not respond.

"One final question: if this was meant to help iview users, why didn't you make it voluntary?" was the additional query posed.

"Had you done that, those who wanted to use your help to track what they were watching and receive suggestions would create an account and the rest wouldn't have to. And it would not have led to any speculation that the ABC is doing this for any other reason."

In response to a query, "There are no requirements as to audience numbers placed on the ABC by the government, so where does the need for keeping statistics arise?', the spokesperson said: "Logins help us to make sure we provide relevant content and features for all Australians. Such data shapes the programming we create and the products we build, allowing us to continually improve the types of programs we produce and acquire."

The spokesperson added: "The ABC has a publicly available Privacy Policy and Privacy Collection Statement setting out the reasons for collecting personal information and how it will be protected. People can also access personal information held by the ABC about them by contacting the Privacy Officer."

More in this category: « mx51 adds $25 million to coffers with capital raise Digitisation of audio lagging behind when it comes to enterprise transformation »
Share News tips for the iTWire Journalists? Your tip will be anonymous