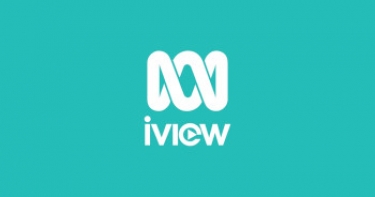 The Australian Broadcasting Corporation has rejected a Freedom of Information request from a security researcher that sought information on its sharing of data through iview, a service that allows users to see programs that have already been broadcast or, in some cases, which are yet to go to air.

Dr Vanessa Teague, a researcher who runs the infosec outfit Thinking Cybersecurity, lodged a request on 16 June, seeking full information on data-sharing agreements signed by the ABC with third parties who have access to iview data, including Google, Facebook and customer data hub and enterprise tag management firm Tealium, and any other firm to whom the broadcaster has granted access.

In a tweet, Dr Teague said she would be asking for an internal review of the decision on her FOIA request.

1/4: Update. @ABCaustralia refused my FoI on iView data sharing.
- @ABCaustralia , which we own & pay for, has committed to selling ("sharing") our data to Google, Facebook & others, without asking us;
- they refuse to say what they're sharing with whom.#Auspol #OurABCOurData https://t.co/ZBqG2McOj3 pic.twitter.com/RWLOAUNmbx

She made the request amidst a push by the taxpayer-funded broadcaster to make logins compulsory for iview from 1 July, for reasons that it has not yet fully divulged. An ABC spokesman was only willing to say that this was meant to help users of the service by notifying them of content they were interested in, based on what they had been watching.

Though asked about it, the ABC has been silent as to why the logins were not then made voluntary so that those who did not require this baby-sitting could use iview without having to register.

On 1 July, when asked about the logins, the ABC said the implementation had been put off for at least six months. This statement was made in response to a media query, and was not openly stated on the corporation's website.

2/4: It is clear someone anticipated our objections to the onselling (sorry, "sharing") of our data without our consent, because the agreements themselves explicitly include confidentiality clauses. pic.twitter.com/YGx6Af1sdU

Despite the postponement, the ABC is still running promos, fronted by Charlie Pickering, the presenter of the program The Weekly, to lobby viewers to sign up for online accounts.

In response to Dr Teague's request, the ABC said it could not divulge details because the arrangements it had with these companies was exempted under section 45 of the FOI Act because disclosure could lead to legal action against it for breach of confidence.

The response said, in part: "Staff consulted have advised that each of the agreements contain information which was given and received by the ABC on the understanding that it would be treated in confidence.

"The information in the documents has the necessary quality of confidentiality. It is only known to a limited group and is not common knowledge or in the public domain.

"The information in the documents was communicated and received on the basis of a mutual understanding that it would be treated by the ABC as confidential. Each of the documents contain clauses requiring that confidence be maintained."

3/4: I am not a lawyer, but I struggle to understand how keeping the nature of the data selling (I mean "sharing") arrangement secret could be consistent with APP 1 ("manage personal information in an open and transparent way’"). @SalingerPrivacy @MalcomC @ok_lyndsey

This puts the ABC in the position of using taxpayer funds to run its operations and denying those same taxpayers details about how the data they leave behind when they use services like iview is used.

Commenting on the decision, Dr Teague said in another tweet: "It is clear someone anticipated our objections to the on-selling (sorry, 'sharing') of our data without our consent, because the agreements themselves explicitly include confidentiality clauses."

The ABC has been contacted for any further comment.

More in this category: « What Is TLS 1.2 and why should we still care? Indonesia’s Bank BTPN streams real-time data with Qlik »
Share News tips for the iTWire Journalists? Your tip will be anonymous