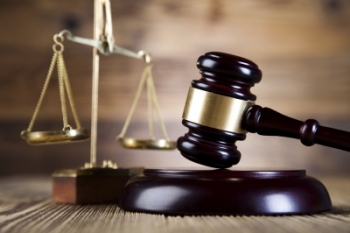 Image courtesy of JanPietruszka at FreeDigitalPhotos.net

The Federal Court ordered payment of the penalty following joint submissions by Equifax and the competition watchdog, the Australian Competition and Consumer Commission.

Equifax — formerly Veda — admitted it breached Australian Consumer Law in 2016 and 2017, when its representatives made false or misleading representations to consumers during phone calls.

The company told consumers that its paid credit reports were more comprehensive than free reports it had to provide under the law, when in fact they contained the same information.

{loadoposition peter}“Equifax’s conduct caused people to buy credit reporting services in situations when they did not have to. Consumers have the legal right to obtain a free credit report under the law,” ACCC commissioner Sarah Court said.

Equifax also admitted it told consumers they would be charged a single "one-off" or "one-time" payment, but failed to disclose that payments for its paid credit report packages would automatically renew unless consumers opted out.

“We considered it unacceptable that consumers were denied the knowledge and proper opportunity to opt out of recurring charges from Equifax,” Court said.

Equifax also told consumers that the credit score provided in its paid credit reports was the same credit score used by credit providers when that was not always the case.

“It is appalling that Equifax used unfair sales tactics on consumers who were vulnerable,” she said.

“Consumers have a right to receive accurate information from credit reporting companies when they seek advice or services.

“This result sends a strong message to businesses that making misrepresentations and acting unconscionably against consumers will not be tolerated.”

The court also ordered, by consent, that Equifax establish a consumer redress scheme which would allow affected consumers to seek refunds for a 180-day period.

More in this category: « Code Like a Girl launches mobile ‘pop-up’ classroom Artesian VentureCrowd secures $250k funding grant from LaunchVic »
Share News tips for the iTWire Journalists? Your tip will be anonymous