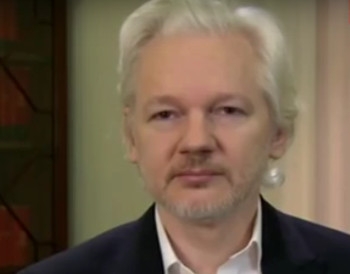 Ecuador has taken what it says is a step to prevent WikiLeaks publisher Julian Assange from interfering in other countries' affairs and cut off his Internet access.

The BBC reported that the move came after Assange raised doubts (see tweet below) about Britain's assertions that Moscow was behind the recent poisoning of an ex-spy from Russia and his daughter.

(3/3) Further, while it is reasonable for Theresa May to view the Russian state as the leading suspect, so far the evidence is circumstantial & the OCPW has not yet made any independent confirmation, permitting the Kremlin push the view domestically that Russia is persecuted.

But WikiLeaks contested this, claiming that Ecuador had only asked for removal of a tweet that said: "In 1940 the elected president of Catalonia, Lluís Companys, was captured by the Gestapo, at the request of Spain, delivered to them and executed. Today, German police have arrested the elected president of Catalonia, Carles Puigdemont, at the request of Spain, to be extradited."

It added: "This is the only tweet the government of Ecuador asked to be removed. In an email to his London lawyers on 27 March at 14:54 BST the Ecuadorian foreign ministry referenced no other matter."

Ecuador said Assange’s recent behaviour on social media “put at risk the good relations (it) maintains with the UK, with the other states of the European Union, and with other nations”.

Assange last month lost a bid in court to get an arrest warrant against him dropped.

The Australian has been taking refuge in the Ecuadorian embassy in London since June 2012.

Wikileaks editor @julianassange has been gagged and isolated by order of Ecuador's new president @Lenin Moreno. He cannot tweet, speak to the press, recieve visitors or make telephone calls. Ecuador demanded that he remove the following Tweet: https://t.co/uaDAEBKtwR

This is the only tweet the government of Ecuador asked to be removed. In an email to his London lawyers on 27 March at 14:54 BST the Ecuadorian foreign ministry referenced no other matter.

I want to be clear that this has nothing to do with his politics. Any guest who actively is working against your interests is really hard to stomach. I don't blame Ecuador and honestly I think they've been surprisingly accommodating up to this point. 2/2

Ecuador granted him asylum in August 2012. He has had to stay inside the four walls of the embassy since then. He was recently granted Ecuadorian citizenship.