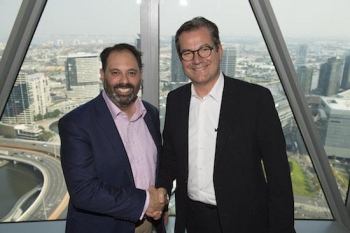 Although OVH's first APAC data centres are located in Sydney and Singapore, the company has, as expected, chosen Melbourne as the home of its regional headquarters.

"The ability to recruit top talents in the Victorian market was a key driver in selecting Melbourne for our headquarters, which we believe will support our growth trajectory," said vice-chairman Laurent Allard (pictured, right).

"I am very pleased to be back in Melbourne. I always enjoy the dynamism, work ethic and culture of Melburnians."

The company offers private hosting, private cloud and public cloud from 21 data centres, allowing customers to combine these services — even from multiple OVH data centres — in a "virtual rack," Allard told iTWire. Twenty-seven data centres should be running by the end of 2017.

"We are truly a hyperscale global player" comparable to SoftLayer and Rackspace, he said.

OVH is setting up data centres around the world because some clients need some systems located within their jurisdiction for compliance purposes (eg, when storing health-related data) but also because of the need to serve an international market. Major customers in Europe include banks and other financial institutions as well as retailers, Allard said.

Another example is BFMTV, a French online equivalent of CNN. Demand for its video streams spikes by a factor of seven when a significant news event occurs, but by using OVH it can automatically get the extra capacity it needs within 10 minutes with no human intervention. As the demand tapers off, usage automatically scales back down.

Other high-profile customers that use OVH to cope with widely fluctuating demand include French railway SCNF and retailer Villeroy & Boch.

The private cloud services run on hardware dedicated to individual customers, but charged in 10 minute blocks.

The public cloud offering allows for dynamic allocation of virtual machines under OpenStack, he said, making it very easy to add another VM when required.

OVH has developed its own hardware and software to provide these services, using components from suppliers such as Intel and Samsung. These systems allow the company to offer low prices as they include no unnecessary components and are water-cooled to eliminate the need for air conditioning. This reduces the power consumption by 15-20% compared with otherwise comparable systems.

After three years, the systems are unracked and reconfigured, and then used to provide services under another brand. That process is repeated after another three years, giving a useful life of nine years. This is "a very effective model," Allard said, and "clients know exactly what they are buying," which may be systems with the right amount of memory for a workload without the need to also pay for expensive CPUs.

OVH runs its own network with 11Tbps of total capacity. This is sufficient for all its customer traffic with enough in reserve to withstand DDoS attacks. Last year's DDoS attack involving 150,000 video cameras reached 1.2Tbps, he said. It was "a challenge, but did not affect quality of service for production servers" despite being more than twice the volume of the previous record DDoS attack.

While OVH is "very competitive" to the extent that it is the cheapest provider of hosted, private cloud and public cloud services (and "we are the only one with all three"), Allard stressed that the company is not a "low-cost" provider because that implies reducing quality to hit a price point. Rather, it aims to be the best in class provider through innovation, excellence and automation. "We focus on scale. This is the only driver" because it allows the company to spread the cost of these investments over very many instances.

"Every single client is different. We focus on what is common, and we do it very well", leaving the provision of service management and other services to its partners.

Pricing is "100% predictable" he said, because it is "all inclusive" and based only on activity. And the software stack is "100% standards-based" on OpenStack, VMware, Azure and so on: "We don't want to lock the client [in]," rather the aim is to keep clients happy so they stay with OVH, Allard said. 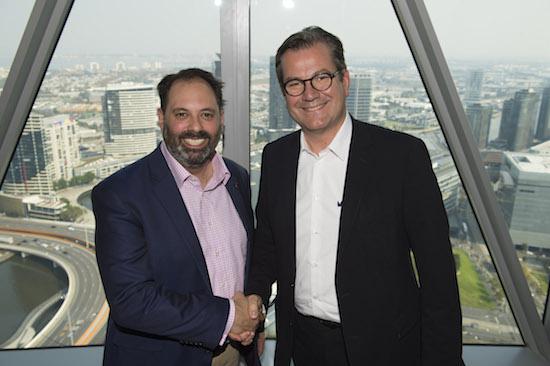 The establishment of the regional headquarters in Melbourne was supported by the Victorian Government. The Victorian Minister for Innovation Philip Dalidakis (pictured, left) said: "OVH is yet another example of a leading global technology company choosing Victoria as a base as it pushes into the Australian and Asian markets. The importance of cloud infrastructure is growing rapidly, so it's wonderful to have an industry leader such as OVH here in Melbourne and we welcome them with open arms."

Of OVH's 1.2 million customers in 130 countries, there are already around 5000 in Asia Pacific with 1200 in Australia. Interest has been expressed locally by technology companies, start-ups, enterprises, and SMBs, Allard told iTWire.

More in this category: « RAC set to expand driverless bus trials outside Australia Microsoft Build 2017 – Day 2: Even more Windows features soon »
Share News tips for the iTWire Journalists? Your tip will be anonymous