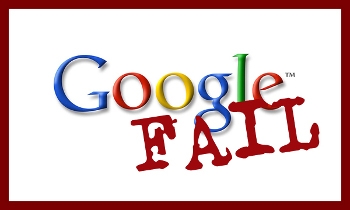 Companies in the US are starting to pull advertising from Google sites, in reaction to the search engine behemoth placing ads on unsavoury UK sites.

A number of UK firms pulled their ads after discovering that these had been displayed alongside content such as videos by alleged terrorist sympathisers, the Wall Street Journal reported.

Google reacted by saying it would assert more control over where ads on its network appear.

The WSJ said big media-buying organisations had been behind Google to find out where the ads of their clients were appearing, with queries designed to find out whether these ads had appeared next to what was deemed undesirable content.

AT&T said on Wednesday it was pulling its ads from YouTube and the Google Display Network; the latter places ads on content from third parties.

An unnamed big beverage company had pulled most of its advertising from the same Google services in 30 countries, the report said.

Verizon has also pulled its Google ads. "Once we were notified that our ads were appearing on non-sanctioned websites, we took immediate action to suspend this type of ad placement and launched an investigation," a Verizon spokesperson told Business Insider.

"We are working with all of our digital advertising partners to understand the weak links so we can prevent this from happening in the future."

Last week, the British arm of the French firm Havas SA withdrew ads for clients in the UK from YouTube and the Google Display Network.

Google told the WSJ: "We don’t comment on individual customers but as announced, we've begun an extensive review of our advertising policies and have made a public commitment to put in place changes that give brands more control over where their ads appear.

"We’re also raising the bar for our ads policies to further safeguard our advertisers’ brands."

More in this category: « Alibaba announces regional logistics hub in Malaysia Accenture ramps up investment in innovation with Liquid Studio launch »
Share News tips for the iTWire Journalists? Your tip will be anonymous