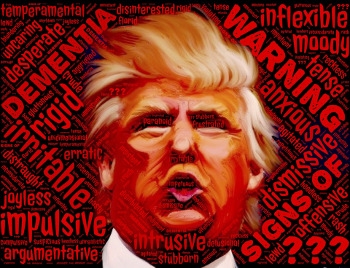 Employees of IBM have launched a petition against the statement made by the company's chief executive Ginni Rometty to US president-elect Donald Trump in which she detailed various services the company could sell to the government.

According to the Intercept, IBM had also initially refused to rule out creating a registry of Muslims in the US, something that it has ruled out now.

The IBM protest is being led by cybersecurity engineer Daniel Hanley. He said he was shocked after reading Rometty's letter which was published on an internal IBM blog along with a personal note from the chief executive to the company's global staff.

The letter published by Hanley begins:

"For our mutual aid and protection, we call on IBM to expand diversity recruitment programs, and we assert our right to refuse participation in any US government contracts that violate constitutionally protected civil liberties.

"We call on IBM to demonstrate commitment to our Business Conduct Guidelines and to prevent perceived influence peddling through Trump-affiliated businesses.

"Lastly, in the present context of insecurity and unpredictability, we call on IBM to return to our traditions of high worker retention and morale by making retirement plans equitable once again."

The IBM petition comes in the wake of a public pledge made by tech workers from numerous companies to never "participate in the creation of databases of identifying information for the United States government to target individuals based on race, religion, or national origin", and to "minimise the collection and retention of data that would facilitate ethnic or religious targeting".

More in this category: « Cognizant acquiring Australia’s Adaptra Santa’s sleigh more reliable than couriers this season »
Share News tips for the iTWire Journalists? Your tip will be anonymous