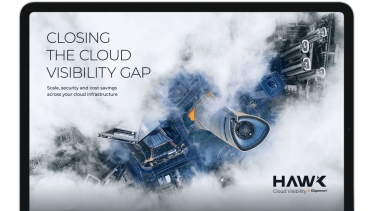 In an extension of their long-standing relationship, the companies worked closely to integrate Gigamon Hawk, the first elastic visibility and analytics fabric for all data-in-motion across the hybrid cloud.

Gigamon says that unlike existing visibility tools, only Hawk is built on a single architecture that spans the entire hybrid infrastructure and can elastically scale to provide visibility across any cloud - and this enables IT teams to gain full visibility and control of the performance, security and cost of their hybrid cloud network.

According to Gigamon, the need for organisational agility has driven the rapid evolution of digital infrastructure, and in order to optimise and secure these environments, IT teams have implemented additional applications and management tools at a hurried pace, creating a foundational gap in visibility across the underlying hybrid cloud network.

“It is not enough to maintain legacy monitoring and security tools, especially as the hybrid workforce remains, and depends, on the cloud to continue business operations as normal. Gigamon Hawk will enable our customers to improve their security posture and gain unified insight into their hybrid cloud.”

“Gigamon has long been at the forefront of network visibility, now delivering a hybrid cloud platform that comes to life via trusted partners like FireEye,” said Michael Dickman, Chief Product Officer at Gigamon.

“We are proud to partner with FireEye to simplify, secure and optimize hybrid cloud environments.”

More in this category: « EVANPOYNT and Stylumia partner exclusively for the Australian and New Zealand Markets Soft Solutions offers WatchGuard subscriptions »
Share News tips for the iTWire Journalists? Your tip will be anonymous